Telltale signs you're burning out

Australians are under increasing pressure to perform. But is success worth your health? Some high achievers find out the hard way.

Telltale signs you're burning out 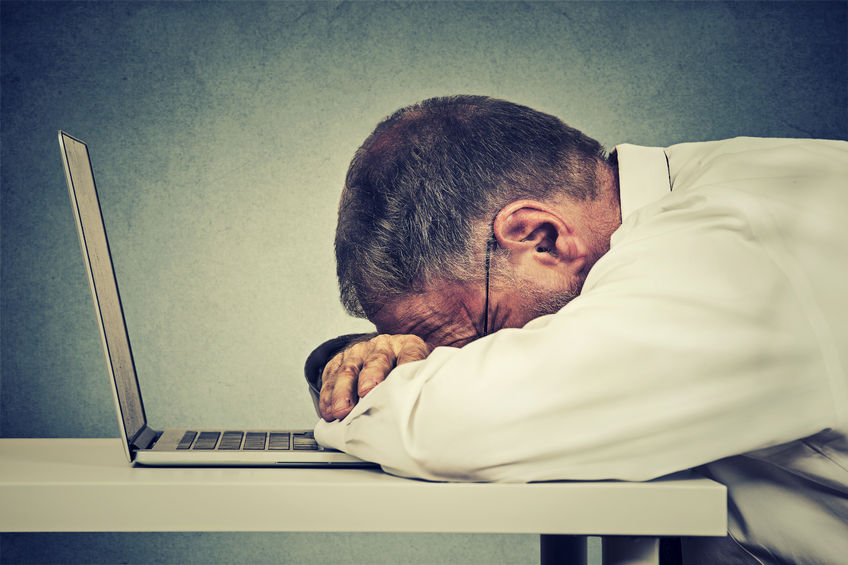 Pedro Diaz is a workplace psychology and mental health expert who has seen what can happen when busy professionals don't take care of themselves.

As the CEO of the Workplace Mental Health Institute, Mr Diaz works with major companies to change workplace culture and identify the warning signs of mental illness and burnout.

Speaking to Wellness Daily, Mr Diaz explained that a burnout is not an exact diagnosis. Rather, it's a life event that occurs when a person has been resilient for a long time and starts to feel increasingly overwhelmed, physically and mentally tired and not in control of things.

"They begin to feel helpless," he said. "They reach a saturation point where their psyche says 'no more'. They can't go forward and they can't go back â€“ they're stuck. Then everything comes undone, because they just cannot function anymore. It is a protection mechanism."

Research around burnout cases shows that the warning signs can start two or three years before the eventual crash, Mr Diaz said.

"But it reaches the point of no return when a person has to stop completely and really look at their lives and change something at an intrinsic level and sometimes on a major level."

Bella Zanesco reached that crisis point in 2012. After building a career in Australia, following working in the US and UK with large organisations, where she was in charge of delivering transformation and innovation strategies, the now Sydney-based wellbeing strategist found herself neglecting her own health and wellbeing.

"I suffered burnout and depression pretty badly," Ms Zanesco said. "I decided I needed to start over and try and figure out another way to be happier, healthier and less stressed. I just realised there must be a better way to do life."

These days, Ms Zanesco manages her life very differently to the way she was operating five years go.

Today she coaches at-risk high performers in organisations such as Deloitte, CBA, Macquarie, Google, JP Morgan, KPMG and Microsoft, and contracts with companies to ensure their staff have a good sense of wellbeing in the workplace.

With the benefit of hindsight, the early warning signs of a burnout have become clear; indicators she ignored as she continued to climb the corporate ladder. These included physical symptoms such as body fatigue, gut health issues and irritable bowel syndrome (IBS) and mental symptoms such as brain fog.

"I ended up in the foetal position in my mother's arms asking myself how my life got to this point."

Burnout wreaks serious havoc on the body and the mind. Recovery takes time. More time than most people think.

Six months after her crash, Ms Zanesco thought she was well enough to return to her high-pressure job.

"I crashed out again. The new habits I had been trying to make were not cemented, they hadn't formed properly in the neuropathways of my brain. But I was in a rush to get back to work because my identity was really centred on who I was in the workplace and not being that was too daunting."

Today, Ms Zanesco is a life and wellbeing strategist, an author and speaker who regularly consults large corporates, particularly in the financial services industry.

"I help them create new programs and value propositions in the wellbeing space," she says.

"I also work with senior female executives who have had a knock of some sort and need to find their own path back as well, or help to change their careers."

Ms Zanesco's journey from burnt out executive to balanced entrepreneur didn't happen overnight. During the early months of her recovery, she made three simple changes to her daily routine. In absence of knowing what to do, she tried all the things she was told were good for her that she'd been too lazy to try:

"It was that simple," she said. "I didn't know what I wanted to do with my career. I wasn't going to make great decisions if my gut heath was bad, because that was impacting my mental health. I would make one healthy choice for my gut health, like eating the right foods.

"We're not here to spend our lives suffering and feeling crap."

Contrasting Ms Zanesco's daily routine now to her lifestyle in 2012 provides insight into the warning signs of a burnout.

Bella Zanesco's daily routine in 2012 (before the crash)

"When my alarm went off, I'd be hitting my snooze button several times. I wouldn't want to get up because I had a hangover basically every day.

"I'd go into the kitchen and try and make myself something for breakfast but usually wouldn't eat. I'd get in the car and go to the office, work from 8:30am to 7:30pm, come home and have dinner and drink half a bottle of wine. My partner would have the other half. Then I'd go to bed, wake up and do it all again.

"There was a lot of sad energy. I'd break down crying at times. There was stress and pressure and I felt increasingly angry. My physical health was declining and my IBS was getting worse."

"These days, I wake up early and meditate for 30 minutes. I get down to the beach for a walk or a swim and do something that gets my heart rate up.

"I try not to turn on my phone until I start my work day. I really try to work as flexibly as I can, whether that's from home or on the road. If I'm going to be working in the city, I've engineered my commute so I can take the ferry, rather than having to sit in traffic.

"I make sure I eat really clean foods for gut health and brain power and mental health as well. At night I slow down, go to sleep early and keep my phone out of the bedroom."