I first read Sir Richard Branson's autobiography, Losing My Virginity, when I was 14. It left quite an impression. More than anything, his story revealed the resilience and courage of a man that has been working on one business venture after another since he was in short pants. 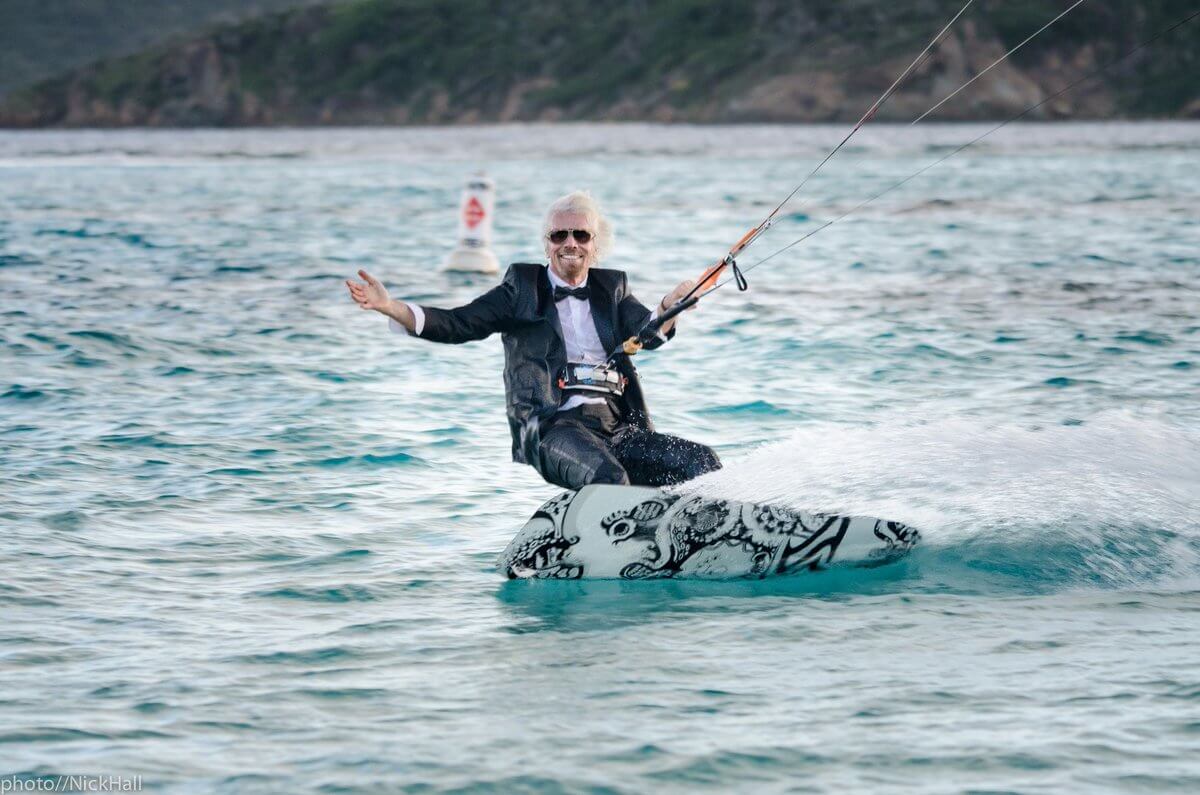 was 14. It left quite an impression. More than anything, his story revealed the resilience and courage of a man that has been working on one business venture after another since he was in short pants.

He has managed to harness an adventurous spirit to promote his company, stay active and spearhead a number of humanitarian initiatives.

In a recent podcast with Tim Ferris, he explains how keeping physically and mentally fit have underpinned his success: "Looking after yourself is absolutely key to everything else," he said.

Sir Richard lives on Necker Island in the Caribbean and his daily routine is peppered by rigorous outdoor activities. He wakes early for a game of singles tennis, followed by kitesurfing and then breakfast.

These activities are often repeated later in the day. He may also throw in a swim around his 74-acre island home.

His children have taken on his adventurous streak and have now started setting a gruelling family challenge once a year.

Last year's event saw the Sir Richard clan start at the Matterhorn in Switzerland, where they began an eight-day hike across the Alps.

From there they jumped on bicycles, riding an average 160 kilometres a day, from the top of Italy to its most southern point. The challenge didn't stop there.

Continuing, they swam to Sicily, started on the bikes again, and finally finished the adventure on Mount Etna.

Sir Richard told Ferris that the whole thing took a month, he was "shattered about half way" but felt as fit as a 25-year-old by the end of it.

A big part of Sir Richard's success seems to be around maintaining healthy habits. He's an early riser, for one thing, and can clearly pack a lot into each day.

In a 2014 blog he described the benefits of waking at 5am each day:
"Like keeping a positive outlook, or keeping fit, waking up early is a habit, which you must work on to maintain. Over my 50 years in business I have learned that if I rise early I can achieve so much more in a day, and therefore in life.

"Sleep is incredibly valuable for a busy life, and I try to get it whenever and wherever I can â€“ especially when I'm flying. But founding a business comes with a lot of responsibility, and one of the most important things I can be is accessible. Getting up and at it early gives me time to get on top of things, and chart my day effectively."