How stress is destroying us

Perhaps the most discussed word in psychology and medicine, and more recently in business, is the word "stress."

How stress is destroying us 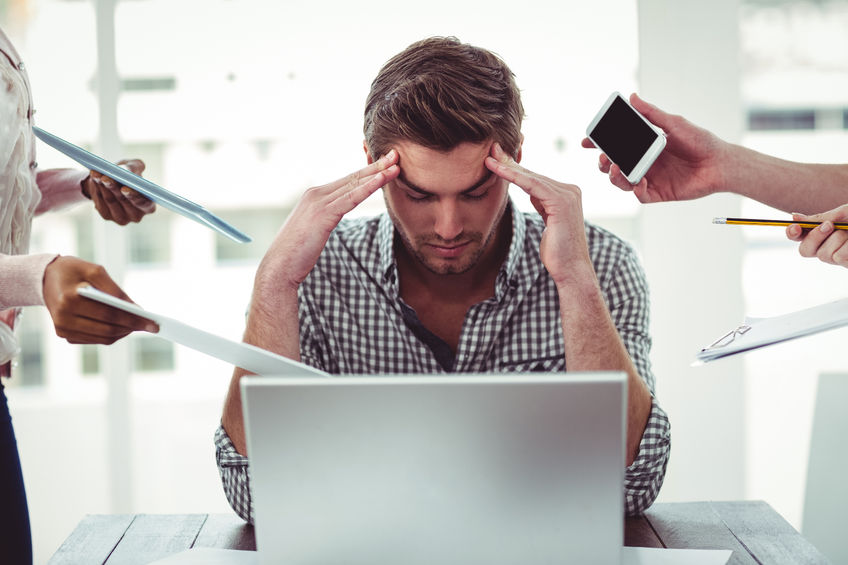 I'm a scientist as well as a psychologist and an adviser to businesses throughout the world so I understand what all these folks mean when they use the word. Sometimes we use it lightly and unthinkingly when we talk of "stress-tests" or being "under stress." And because we use it in so many contexts we may have lost our way a bit.

Let's get down to basics.

Stress occurs when any system, organism or material is pushed beyond its design specifications. As when trees break in winds that are stronger than the winds that they were designed by evolution to deal with. Metal breaks when you put too much strain on it. Businesses fail when the pressures on them are more than their management, culture or business plan can cope with. And humans succumb to stress when we are pushed beyond our biological and psychological limits.

People talk about "good stress" and "bad stress" as if there was a real difference. There isn't. Like the tree, each of us is designed by our genetics, our neurobiology and our experience to cope with a certain amount of adversity. For each of us our tolerance level is different.

Biologically, stress occurs when the adrenal gland â€” because of a perceived threat or the need for exertion â€” produces a hormone called cortisol. Cortisol makes the heart beat faster and readies the body for flight, fight or freeze in response to danger. Blood flows to the limbs for flight or fight, depriving other vital organs. It also facilitates what Daniel Goleman in his book "Emotional Intelligence" called the "amygdala hijack" where thought, memory and even the immune system are suppressed so that there is nothing to prevent an immediate physical and cognitive response. We focus on the threat, we double down on habitual actions. The amygdala, the fear centre of the brain, literally takes over and controls all cognitive functions and suppresses many of them.

During the Obama Administration my partner Alicia Fortinberry and I were advisers to the US Department of Health and Human Services' work stress initiative. One of the organisations we worked with was the Hudson Institute â€” a New York and Washington-based think tank. In 2010 they conducted a study which concluded that by 2025 workplace stress would have increased by 200 per cent. More recent studies by the National Institutes of Health and others show that they were spot on target.

What they meant by this was that elements in the workplace â€” and stressors in the wider society which effect the workplace â€” will have increased pretty well exponentially in intensity over that period. That is really, really serious for our physical and mental health. Cortisol has been described as "Public enemy #1".

Whereas all of us can be stressed for short periods and suffer few ill effects â€” some, as I said, can take more than others â€” over longer periods of time we all succumb. We are designed to cope with (very) short periods of danger, threat or physical exertion. We are not designed for these to continue. Cortisol lowers the immune system making us more prone to disease, it prevents wounds from healing, and damage the heart and other vital organs. Think kidney failure, liver disease and heart attacks. In the brain it can cause depression, anxiety, PTSD, dementia, memory failure. The rate of depression itself is now, according to many experts, doubling every 10 years (some say every five) and this is attributed almost entirely to stress.

However, there is within our design specifications one element that can rescue us from the worst effects of stress: supportive relationships. We are overwhelmingly social creatures and our need for close relationships is built into our DNA. Traditionally we have found these in the extended family, the neighbourhood, the village, the tribe, the church, in sporting and cultural groups and in performing community benefit activities in partnership with others. More recently â€” since the advent of the industrial revolution â€” we increasingly found these connections in the workplace.

Technology â€” such as the automobile, the train, the telephone and the smartphone â€” has progressively destroyed all bar the last of these gathering places.

We are designed for face-to-face communication and relating. Smartphones and social media connections actually have been shown to increase stress-related depression and lead to increasing rates of teen suicide.

In order to mitigate the effects of "Public Enemy #1" we have to find ways of better relating to each other without the technological interfaces otherwise our working conditions and our smartphones will, indeed, be the death of us.