A year and a half ago, Jordan Williams was suicidal and battling mental illness. Today, things have been so much different. He's just walked 849 kilometres and is top of the world. 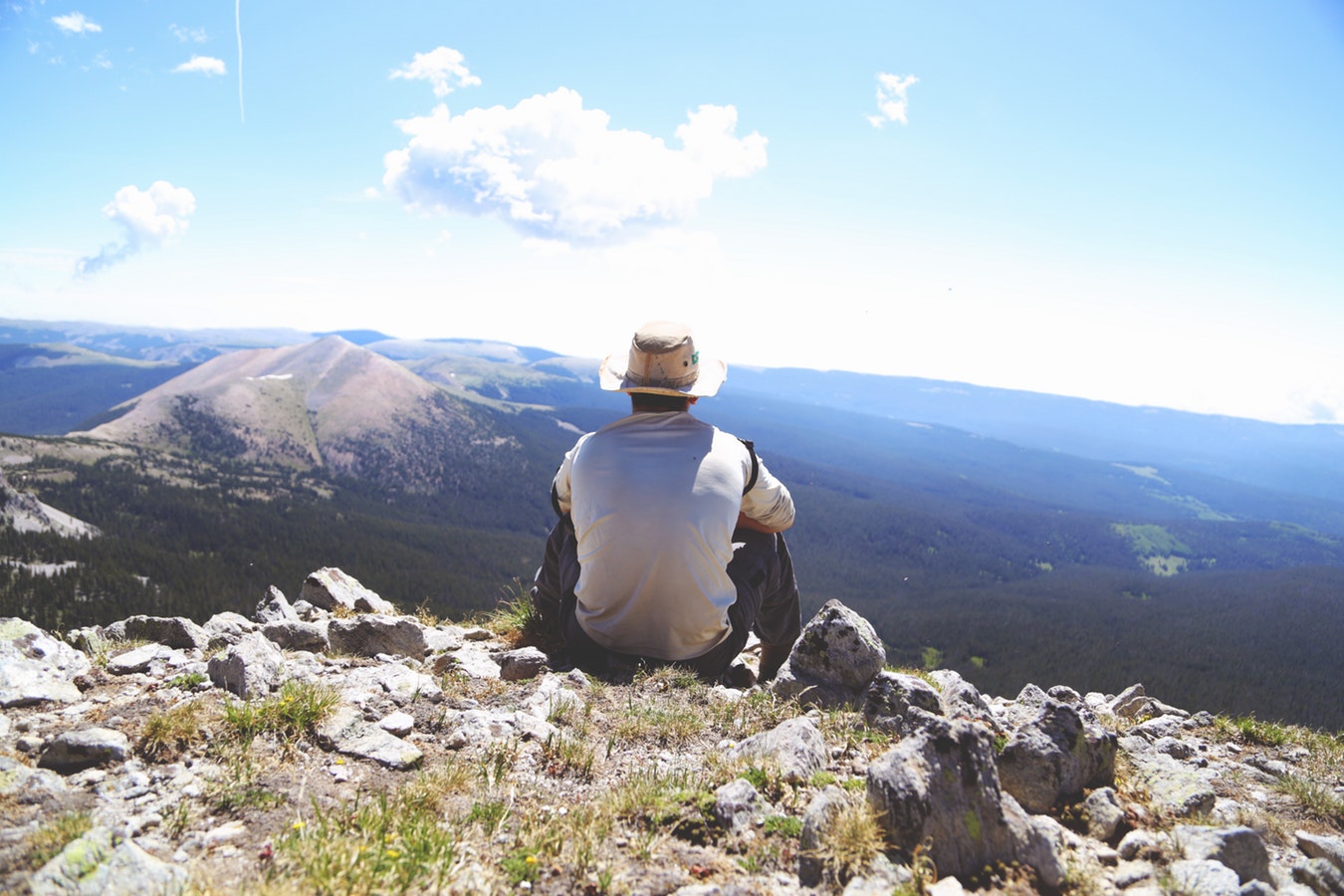 When I met Mr Williams, he had just come back from an 849km unsupported walk from Sydney to Brisbane, which he used to raise money for the Black Dog Institute.

"It's an unsupported walk, so there's no van following me with water, supplies... I have to sleep on the road or wherever I can. And basically, just make my way as best as I can all the way," he said.

The walk has changed Mr Williams' life. If I had met him a year and a half ago, I would not have recognised the man sitting in front of me.

"About a year and a half ago, I tried to kill myself. Twice," he said. "I had a lot to get over and deal with and I didn't know that."

For Mr Williams, mental health issues have been a part of his life since he was 15, when his mother passed away due to her own mental health challenges.

"She was an amazing mother and it impacted my life a lot and I didn't realise being so young. When that kind of hit as I got older, I didn't realise that I now had a problem and I had mental illnesses and I wasn't dealing with them," he said.

Mr Williams has now been sober for 10 months and decided that January was the time to give back to all those who helped him through the most difficult period of his life.

"I had this month of January and I was just like, 'Right now is the time to give back'. I first looked at the walk from Sydney to Melbourne, but I'd already been to Melbourne, so I was like, 'Right, I'll go up, it's harder, but I'll go up to Brisbane'. So that's what I did and that's how that came about."

"I used to be in the Royal Navy. A lot of my training comes from the military, knowing how to sustain myself, breaking down my water calculations every day, how far I have to walk every day minimum to achieve my target, so I knew everyday if I was achieving over 25 kilometres that would all add up and then I'd get there before my date," he said.

Mr Williams took the main roads as they were the quickest and chose to only walk at night to avoid the heat.

"There was an element of being scaredâ€”huge element, actuallyâ€”and also you've got wildlife to consider.

"There was one night I walked through a national park and reserve and that took me three or four hours to get through and there wasn't a soul around for God knows how far. It was the middle of the night, there were no lights and it was just me walking alone through this dirt. And there were sounds in bushes, there were all sorts going around me and that was so scary. It was terrifying."

Blisters were common, with Mr Williams stopping by the side of the road to pop them before continuing on for hours until he could rest.

His budget was set at $6 a day and he had to carry his own water, which he said was a panic he had to deal with regularly.

"Water was the main panic a lot of the time. There were days where I'd been walking for 10 hours and I knew I had another five hours to go and my water was running low. I had maybe like that size of that coffee cup left of water," he said.

It was social media that kept Mr Williams safe as it allowed him to document his whereabouts but also kept pushing him forward as he saw messages flood in.

"Seeing donations come in every day and just seeing the amount of messages and support that I got was just outstanding," he said.

The walk has changed much for Mr Williams, who now wants to continue to work with the Black Dog moving forward.

"[The] Black Dog really seemed to care from the get-go about what I was trying to achieve. Even though they have hundreds of thousands of people doing stuff for them, they really give a crap about what you are doing and that is special, that's cool and that's what I like about them," he said.

The Black Dog approaches mental illness differently and it is this approach that got Williams' attention.

"[The] Black Dog Institute looks at the science behind mental health. They're trying to develop ways in which we can spot mental illness sooner because mental illness is not a cut you can see. It's not bleeding from a physical cut. You can have family and friends who you think are fine and they go home, close the door and they hate themselves or whatever they're dealing with. And you would never know because they become professional at masking it. Doesn't mean they're lying or anything; it just means they don't want to put their issues on anyone and that's where mental illness becomes so detrimental," he said.

At time of writing, Mr Williams has raised $5,855 for the Black Dog, and he offered some advice to people that are suffering from mental illness.

"There are two things: one recognise you've got a problem, and two, put your hand up and ask for help. Don't be ashamed. Asking for help is not something that is not a show of weakness, it's a show of strength. And if you don't have anyone in your inner circle that you want to let on that you need help, then seek a professional and then you've got that patient-client confidentiality where you can be [forthright], you can be completely truthful with them," he said.

For people who are approached by loved ones who are suffering, Mr Williams said the main thing was to just understand.

"People that don't suffer with it, to them I would say, just be aware of your surroundings and the people around you in your circles that you love and care about. Just pull them aside and just say, 'Are you okay? Is everything okay?' And give them that opportunity to open up to you. Don't try and fix the problem. Just understand," he said.

Mr Williams is planning another charity walk, but this time he is inviting people to join him to experience the challenges themselves.