'Discipline is a big focus for me'

Stuart Donaldson says he has salt water "running through his veins" and regularly travels the globe in search of the perfect wave. Wellness Daily finds out how the banker turned professional speaker carves out time to keep fit.

'Discipline is a big focus for me' 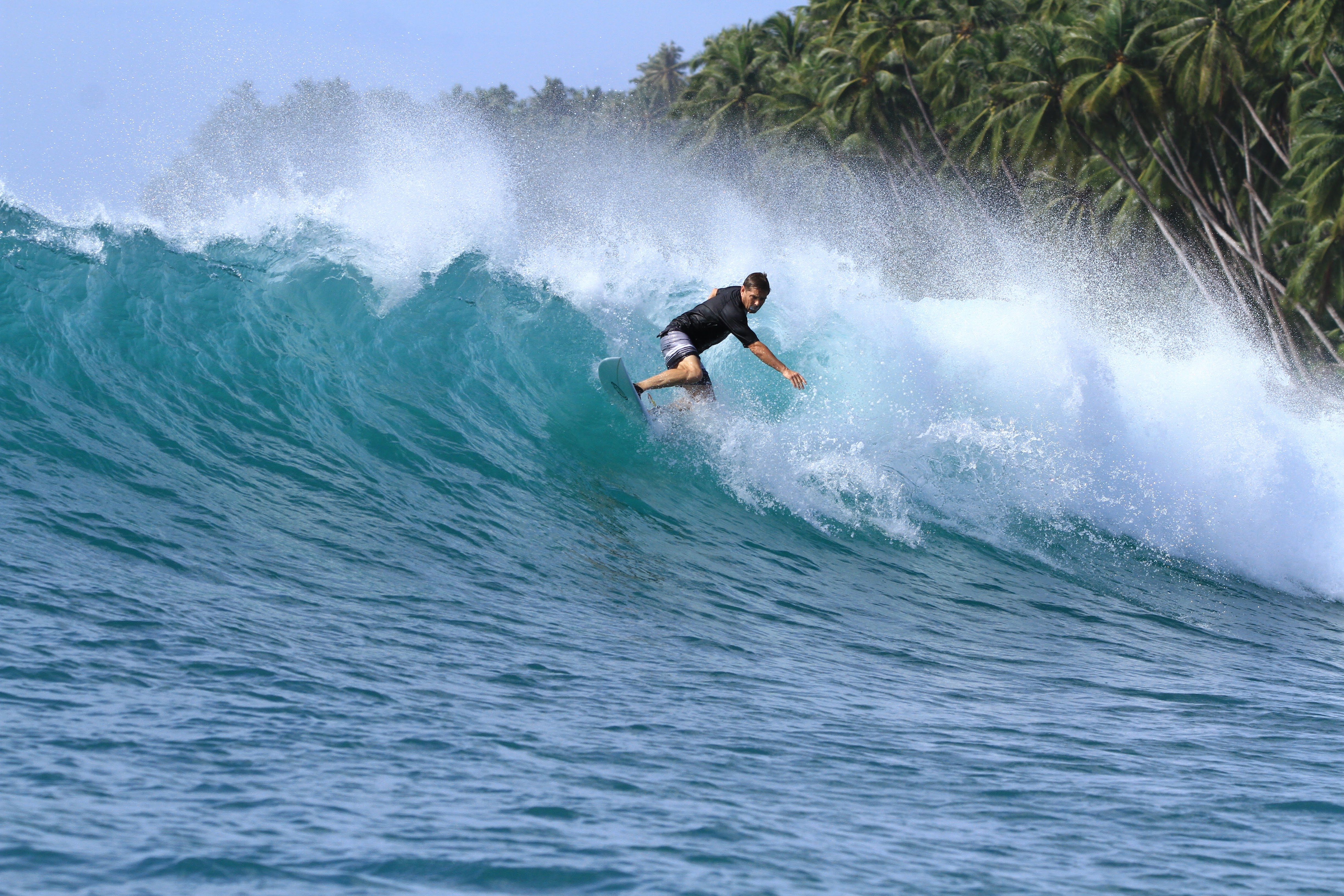 Mr Donaldson has spent much of his working life in financial services working for the big banks. But he's always maintained an active lifestyle and says the ocean is his spiritual home.

"The first wave I ever surfed was at Dee Why Beach," he says. "I started surfing at a young age, when I was about 12. My Mum used to drop me down at the beach. I was hooked straight away. I absolutely love surfing. I kept it up all through my teen years and early adult years."

These days Mr Donaldson lives on Sydney's northern beaches and surfs most days. But there was a period when he took a break from the waves and found other pursuits on dry land.

After getting married and having three children, his focus turned to cycling and triathlons. However, after growing frustrated with the Sydney traffic, he decided to hit the trails.

"For about 10 or 15 years of my life I became very actively involved in mountain bike riding. I have ridden most of the trails around northern Sydney and well beyond," he says.

"I remember riding through the bush in Belrose one day and I ran into an old school mate. There were very few people riding the bush trails of Sydney back in the day. It has obviously become a lot more popular since then."

At the time, one of his sons was a pupil at Knox Grammar School, where the more traditional sports of cricket, rugby and soccer were on offer. Mr Donaldson put a proposal to the school and helped mountain biking become one of the sports available to students, a legacy that remains to this day.

Wellness Daily speaks to many professional Australians who have reached a crossroad; confronted with the consequences of an unhealthy lifestyle, they are forced to make a change.

Stuart Donaldson found himself in that place in his mid-twenties.

"Back when I was 26 and living in Canberra, I was very unfit and had put on a lot of weight," he reveals.

"I looked in the mirror and realised I needed to make a change - so I did. From that day on I started running and cycling," he says.

"But I also changed my diet. I cut out all sugars. I'm very diet conscious. I avoid fatty foods and hamburgers and pizzas and things like that. Every now and then I break out and treat myself and regret it, like most people do. I'm not obsessive about what I eat, but I am very diet conscious and keep an eye on my weight and the state of my health."

Thirty years after making the decision to improve his health, Mr Donaldson is back on his board and surfing most days. He also finds time to run two to three times a week.

"I've always made time to exercise. When I was under a lot of pressure at work, that just drove me harder to find the time to exercise. I found that crucial. If I didn't exercise my health would have suffered undoubtedly. If it meant getting up an hour earlier or coming home an hour later, I made it happen. It's a non-negotiable for me," he says.

Well known podcaster and former US Navy SEAL Jock Willink says that "discipline equals freedom". In fact, he used the phrase as the title for one of his books, in which he writes: "Don't expect to be motivated every day to get out there and make things happen. You won't be. Don't count on motivation. Count on discipline."

For Stuart Donaldson, living a disciplined life has allowed him the freedom to enjoy what he loves most: keeping fit, travelling the world and enjoying the great outdoors.

"There is a link to my work environment too; there are things that I do in a disciplined way to prepare for presentations. Running is one of them. I will often get out on the road and visualise the audience and what I want to talk about. When I get back, still sweating, I'll write down all the things that I thought about out on the road."

While surfing is a great way of staying in physical shape, it is also a favourite pastime for those looking to clear their minds and reconnect with nature.

Mr Donaldson says he still hits the beach even if the surf is no good: "I just love being in the ocean.

"There's no doubt that you feel a connection to it. It's a hard thing to explain, but once you have that salt water running through your veins, any surfer will tell you, it's like a drug. You can't get enough of it."

In fact, his love affair with surfing has taken him to Indonesia, Papua New Guinea and the far corners of Australia.

"One of my favourite trips was to the Telo Islands in Indonesia. It's a bloody hard place to get to. Two flights and a fourteen-and-a-half-hour boat trip, but it was worth it," he says.

"In January I flew to Adelaide picked up a four-wheel drive with my 19-year-old son and drove to an iconic surf spot known at Cactus, which is right down with the border with WA near the Nullarbor Plains. I just love the adventure of it all."