Cryotherapy: What is it, and why do athletes use it?

Last week, Mark Wahlberg revealed his insane training schedule, including time in cryotherapy each day. Wellness Daily journalist Eliot Hastie decided to see what all the hype was about and went along to a cryotherapy session at Koa Recovery.

Cryotherapy: What is it, and why do athletes use it? 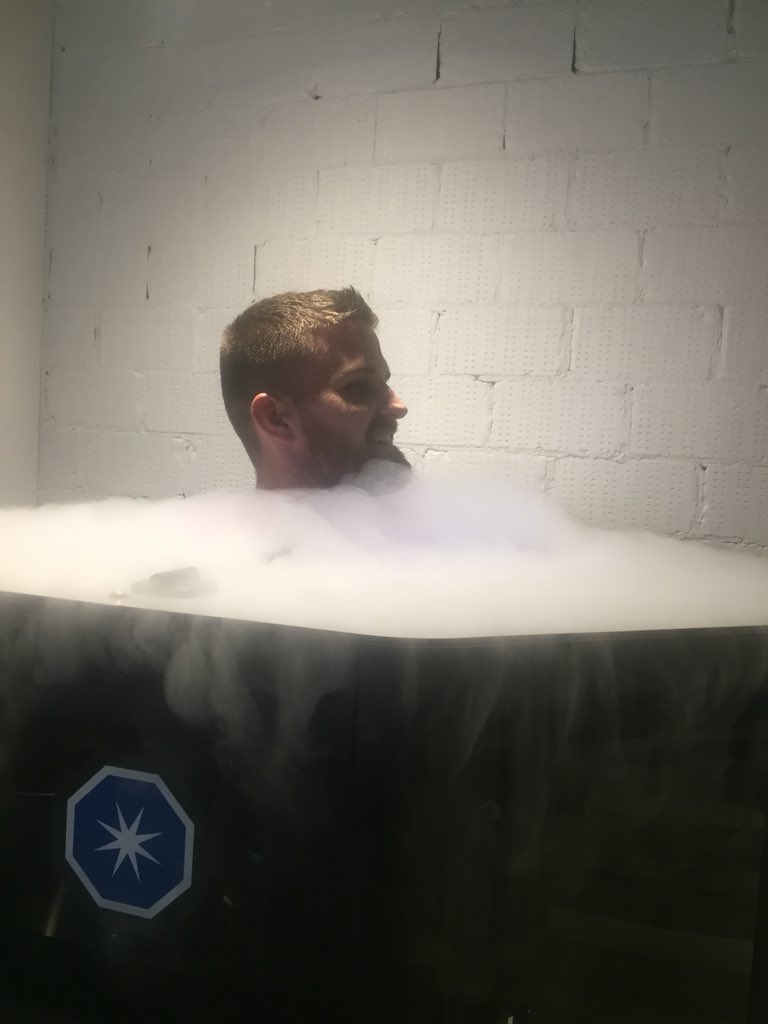 Cryotherapy has taken off recently with celebrity endorsements, with many preaching about its recovery benefits allowing stars to keep up their training routines.

Personally, I suffer from average blood flow and am constantly in back pain, so I hoped that a cryo session would help with those particular elements.

Before going, owner and founder of Koa Shaun Button told me about the procedure that I would be exposed to.

"For three minutes, your body will be exposed to temperatures below zero which sends it into a fight or flight response which causes core temperatures to burn up as blood circulates to vital organs," said Shaun.

Shaun said that just three minutes was enough to have amazing benefits for the body, from head to toe.

"You will burn between 500 and 800 calories in a session, it improves your metabolism, it's great for skin conditions and can provide an immediate pain release," said Shaun.

Three minutes to burn as many calories as a 60-minute jog along with pain relief sounded almost too good to be true.

But the science is on cryo's side, an article published last year in the Frontiers in Physiology journal found that cryotherapy was wholly beneficial and had very little risks to users.

"The final clinical output (in a subjective assessment: in terms of pain, soreness, stress and recovery) was significantly improved even when compared to other recovery strategies," the article concluded.

The article, Whole-Body Cryotherapy in Athletes: From Therapy to Stimulation, further stated that the majority of scientific evidence backed the use of cryotherapy.

"The majority of evidence supports effectiveness of WBC in relieving symptomatology of the whole set of inflammatory conditions that could affect an athlete," the article concluded.

Wearing nothing but underwear and special gloves and boots into the cryo tank, I went and what followed can only be described as the coldest swim ever.

For three minutes you are blasted with what is effectively cold gas, which for me got up to temperatures of negative 95 Celsius. 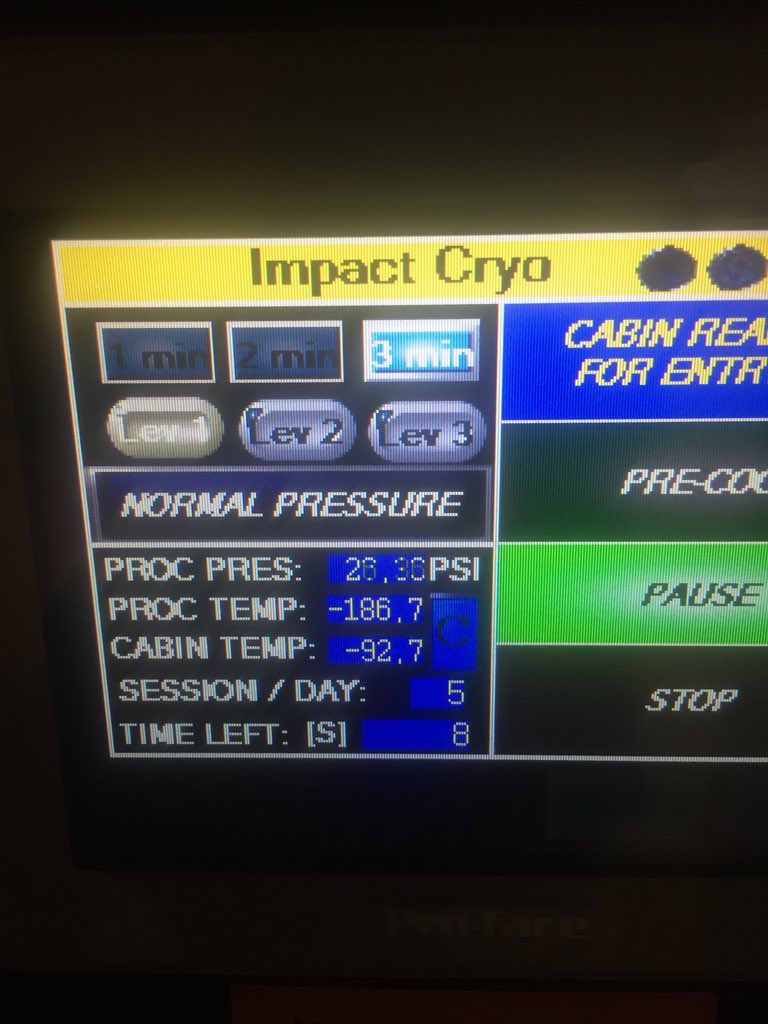 Upon exiting, I immediately could feel a strange tingle throughout my body as it readjusted to the temperature and blood began to recirculate.

But I also felt lighter, I felt less pain immediately in my back and just something felt different.

I found out, somewhat disappointingly, that I wasn't immediately cured after one session. In fact, it was recommend that people do 10 sessions in the first month to really see the benefit.

"We recommend 10 sessions in the first month to help with injury or illness and then just maintenance sessions after that when your body needs it," said Shaun.

After the first session, I was tempted to keep trying the therapy and really incorporate it into my training, but I also didn't know why more people didn't do the same.

Shaun believes the reason it is not more widely incorporated into people's training comes down to the unknown.

For me, the payoff for three minutes was well worth it, but 10 sessions in a month is a big commitment if you don't have a serious injury.

Ultimately, cryotherapy for me did feel great, but I don't have a pressing injury and arguably I don't train enough to justify it.

If you have an injury or want to try something new to ease pain, then give cryotherapy a go and see if it's the solution for you.