New research has shown that “substantial” national action is urgently required to address the “growing threat” of climate change to the wellbeing of Australians. 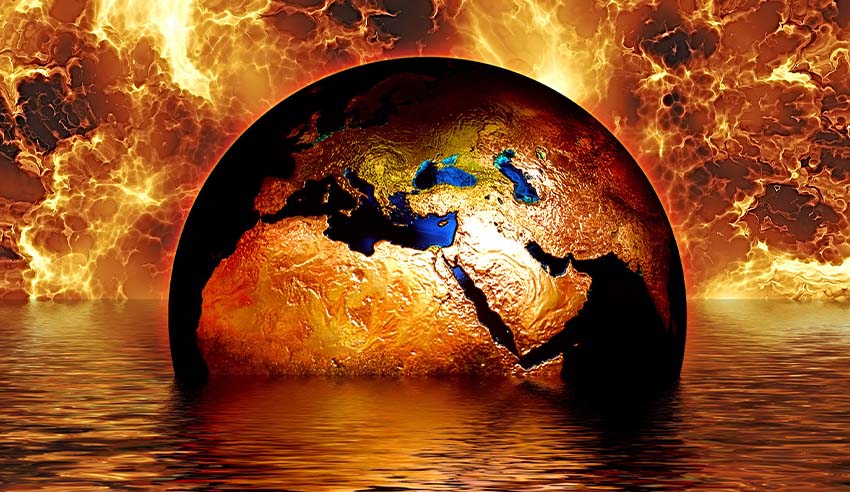 A new report – published today in the Medical Journal of Australia and compiled by researchers from Monash University and partner institutions of the 2019 MJA-Lancet Countdown – has found that despite “some progress” in renewable energy generation, including substantial employment increases in the sector, and at state and local government levels, there continues to be “no engagement on health and climate change at a federal level”.

In 2018, Australia was the only country to produce its own national Countdown assessment report, at which point it was found that, overall, Australia is vulnerable to the impacts of climate change on health, and that policy inaction in this regard threatens Australian lives.

“The current report presents the first annual update of this assessment tracking Australia’s engagement with, and progress on, this vitally important issue, and found that Australia performed poorly across many of the indicators in comparison to other developed countries,” the researchers noted.

• Infants will be vulnerable to the burden of malnutrition and rising food prices as temperatures rise;
• Children will be among those to most suffer from the rise in infectious diseases, after last year’s placing as the second-most climatically suitable year on record for the spread of bacteria that cause much of diarrhoeal disease and wound infection globally;
• Throughout adolescence, the impact of air pollution will worsen. Australia accounts for about a third of the world’s coal trade, the carbon intensity of Australia’s primary energy supply is the highest of high-income countries, with coal accounting for about 65 per cent of electricity generation;
• The intensity of heatwaves will see increasing dangers to human health, and a potential 1.35 million additional hours of work lost due to extreme heat in 2018 compared with 2000; and
• Pursuing the Paris Agreement pathway to limit warming to well below 2 degrees Celsius could allow a child born today to grow up in a world that reaches net zero emissions by their 31st birthday and secure a healthier future for coming generations.

“The bushfires currently devastating the nation’s eastern seaboard signal the need for urgent action,” he said.

“Human health will improve as we pursue pathways to net zero emissions. Cleaner air, healthier diets and safer, more walkable cities will benefit our physical and mental health, and yield increases in worker productivity and savings in healthcare costs.”

Associate Professor Yuming Guo from the School of Public Health and Preventive Medicine, who led section one of the report focusing on climate change impacts, exposures and vulnerability, said increases in heat continue to present a leading source of climate change-related health risk in Australia, and this trend is likely to continue.

“Despite uncertainties created by the large variability in daily and seasonal temperatures, there’s been a striking upward trend in the rate of increase in maximum temperatures over the past two decades.”

“Additionally, hot years in terms of both maximum and minimum annual temperatures continued to be associated with higher suicide rates.”

“We’ve found little evidence to suggest that Australia is acting effectively to mitigate these multiple heat-related risks for physical and mental health. This is particularly concerning in the context of a growing and ageing population,” he said.