What would you do with an extra day up your sleeve?

While many of us dream of having another day in the week to get stuff done, there isn’t exactly a clear-cut argument for having one, writes Audrey McGibbon.

What would you do with an extra day up your sleeve? 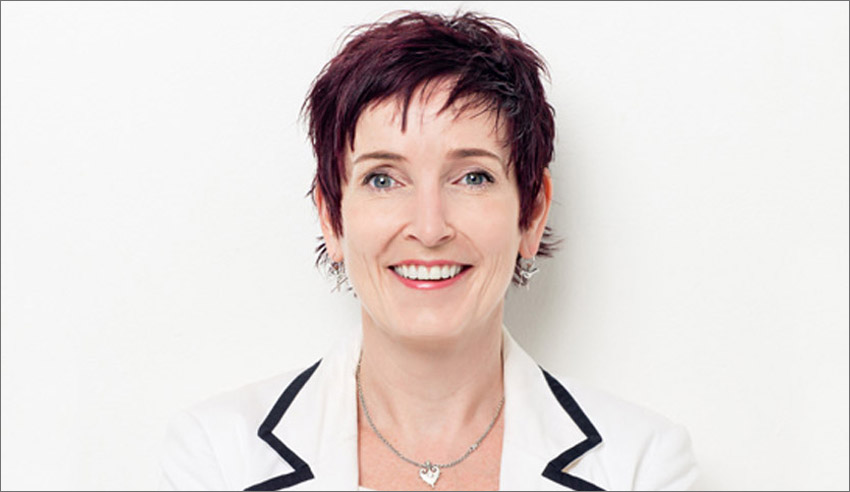 Are we finally on the brink of a bold challenge to the traditional 40-hour working week?

Many of us fantasise about having an extra “spare” day in the week (surely that’s not just me, right?). How much better off would we be as individuals, families and a society if the obligatory Monday-Friday 9-to-5 (if only) rulebook was torn up and rewritten?

But, lovely though it sounds, it’s not a clear-cut argument. It’s only early days in an experiment that has a long way to play out, and it’s almost certainly going to be a case of “horses for courses”.

I don’t think anyone in their right mind (i.e. focused on what’s good for us) could argue against a 20 per cent reduction in working hours being attractive to most individuals, especially those in demanding, complex and senior roles who tend to be working closer to 50 or 60 (and more) hours per week.

But what does that mean from a business and economic perspective? We can’t take a five-day workforce and turn it into four without a capacity, productivity and profitability impost… or can we?

Although the cynics are quick to condemn, and the change resistors are slow to embrace, the first movers and early adopters are evangelists of a shorter working week for all. Even the managers and leaders at the top of these organisations are fans, irrespective of whether their primary motivation is a concern for humanity or a focus on economic utility.

How would life be if working four, not five days, was the norm… or doing six, rather than eight (or nine, or 10+), hours per day became the standard practice, even for high achievers and career-minded aspirants?

It’s a topic that comes up regularly for us, and with experts looking for ways to facilitate a more diverse and inclusive culture. For those of us with our eye on wellbeing as a driver of sustainable high performance, it’s a no brainer. Here’s why.

There are many reasons we should seriously consider a reconfiguration of the standard working week to achieve an overall reduction in contracted hours. Not least is our mortality.

In a 2015 paper published in The Lancet, a meta-analysis of over 25 studies from across Europe, the USA and Australia showed that working long hours (≥55 h per week) was associated with a significant increase in the risk of coronary heart disease and stroke.

From our research, based on a sample of over 1,500 leaders’ wellbeing profiles, we know the typical leader reports feeling their “work identity” disproportionately overshadows the other important aspects in their lives – such that they feel:

• Guilty or sad about not devoting more attention to their responsibilities outside of work;
• Responsibilities in their personal life are hard to balance with their work commitments;
• Juggling their work and personal commitments takes its toll on them;
• There is not enough time left for themselves after attending to work and family commitments;
• Stuck on “fast-forward” with a yearning for a slower pace and more tranquillity in their lives; and
• Tired at the start of the workday.

Perhaps it’s not surprising then that our research also highlights the most frequently cited wellbeing risks as including feelings of being:

• Drained, stressed and anxious at work;
• Uptight or “on edge”; and
• At risk of burnout.

And a little fact for those of you in the gender diversity and working parent space: females report significantly lower levels of balance and boundaries in their lives overall than their male counterparts and, specifically, are much more likely to feel they are “drowning in household chores or personal/family administration”.

Whilst the battle of the sexes works itself out and equality of household chores among working parents follows, the option of shorter working hours might bring some welcome relief.

The most recent Global Leadership Wellbeing Survey data analysed this year indicated clear needs to bring about positive change. The wellbeing opportunities for business leaders most likely to emerge in the context of a shorter working week/day include more regularly:

• Getting enough of the right kinds of exercise;
• Reaching the recommended minimum sleep standards and with fewer quality-of sleep issues;
• Making time to rest, relax and recover a priority;
• Achieving a boost from mother nature – simply by being able to get outdoors more and appreciate our environment and the beauty around us; and
• Involving ourselves in voluntary or community activities that are meaningful to us and give us the well-documented benefits beyond altruism.

A world of potential upside to be gained – but our research also indicates that to be viable and see successful uptake, organisations and individuals will need to work through the following areas of concern:

• Financial worries. Attractive and necessary though shorter hours may be, worrying about our money remains one of our ongoing concerns. Companies offering shorter working hours for less pay may find this a real barrier to change. Under what circumstances might pay reduction be avoided or minimised?

• Efficiency and effectiveness of workplace processes. Most of the leaders we sampled say they are “drowning in unnecessary admin or ‘red tape’ at work”, and we envisage that working fewer hours would further exacerbate this frustration. So, if your organisation is serious about exploring ways to achieve a reduction in hours, perhaps start by stripping out as much of the non-value-add admin load as possible – bring on robots for expenses and holiday approvals!

• Logging off. Even where an employer gets behind the concept of offering reduced hours of work, one of the battles we will be up against is the extent to which individuals themselves can reshape the habits of their lifetime. Transitioning out of work mode into home or private mode is a challenge for many of us, despite being dysfunctional and detrimental to wellbeing and productivity. Workaholism and inbox addiction are pervasive in many leaders’ lives and may make people resistant to change. For example, we know that most leaders regularly feel distracted by work issues when they are with family – and only a minority manage to “unplug” from work or technology in the evenings. For many leaders, checking emails is the last thing they do at night. These are complex behaviours that are driven, at least in part, by the insecurity that stems from pressure to conform to expectations of success or “perfection” and the fear of failing to deliver on what they feel is expected of them. Read on below for some inspiring examples of where positive change is happening.

We didn’t do an exhaustive search, but a quick bit of Googling and Google Scholar research suggests that, despite the hype, there’s not much in the public domain as far as published research or case studies.

There are, however, a few interesting cultural examples of variations on the 9-to-5.

In France, the legal length of the working week has been set at 35 hours irrespective of company size since 2001. Furthermore, all employees must be allowed a daily rest period of 11 consecutive hours and a minimum weekly rest period of 35 consecutive hours (11 hours plus a 24 consecutive hour rest period per week). In 2017, the French also famously introduced a law establishing workers’ “right to disconnect”, requiring companies with more than 50 employees to establish hours when staff should not send or answer emails as an answer to the travails of employees who, according to French legislator Benoit Hamon: “Leave the office, but they do not leave their work. They remain attached by a kind of electronic leash – like a dog.”

Can you imagine how that would go for you in your organisation?

The Netherlands has one of the shortest working week. This time it’s not legislated – just a cultural practice, averaging a luxurious 28 hours per week. And yet no one says the Dutch are lazy!

This short working week hasn’t damaged GDP – in fact, the Dutch are known to be efficient. Why? Again, it’s complex, but the gist seems to be that Dutch employers generally trust their people to adapt their schedule (work more during the four first days of the week, or perhaps from home) as they need, so long as the work gets done. Some lessons for the rest of us to learn there about trust and flexibility, perhaps?

A series of Swedish research studies have found a six-hour workday reduces sick leave claims and makes workers happier, so they do a better job.

However, another UK trial found six hours is not enough to get work done, so the short days are only two days a week.

Back in Australia: in 2016, the Tasmanian accounting and financial services firm Collins SBA introduced changes allowing staff to work five hours a day on full salary. Rules were set, and a three-month trial launched after two years of planning. Sick leave fell dramatically, and record output and revenues were achieved.

Higher profile organisations associated with making progressive inroads into the shorter working week, at least in some of their jurisdictions, include KPMG, Amazon, Deloitte, Treehouse and, of course, Perpetual Guardian, who we mentioned up top.

If you would like to join us in progressing the conversation about revolutionising the working week for leaders everywhere, please drop a quick note back expressing your interest and we will host an event. We’re particularly keen to hear from those of you in organisations looking to do something about this, or who are already experimenting, and we’d love to help support some research and evidence basis to herald change.

One warning, though, researching the impact of a shorter working week on the productivity of manual jobs is far more easily determined than for office-based or service-sector roles.

Audrey McGibbon is the co-founder of GLWS Wellbeing. The post originally appeared on her blog.