Plants can improve your work life

As further evidence of the effect of plants on work life, a recently published study has detailed the stress-reducing benefits to office workers that even a small plant situated within easy viewing can impart.

Plants can improve your work life 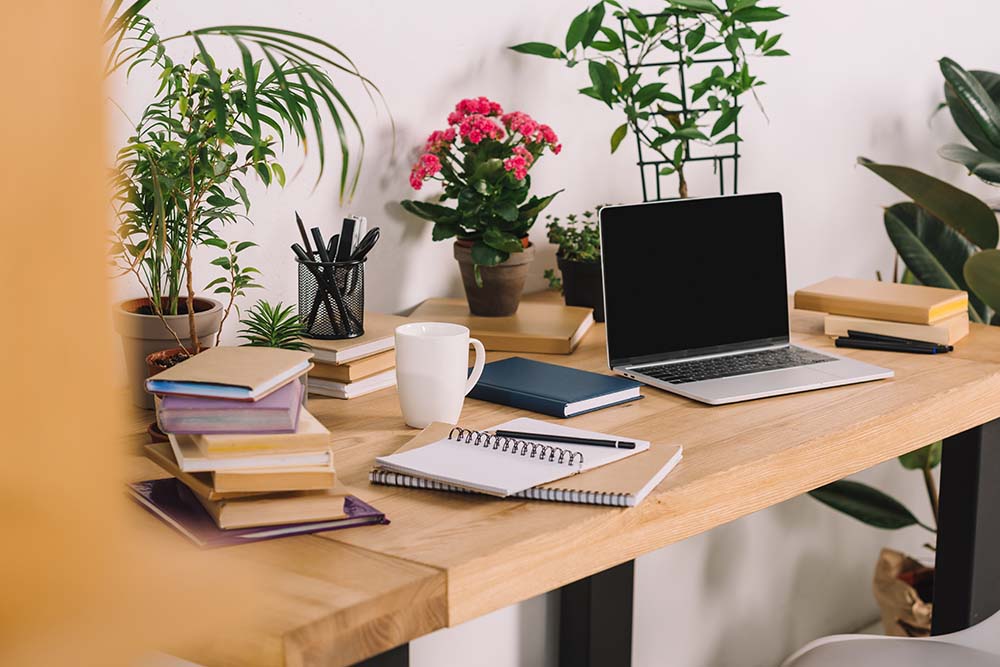 We have long advised that workplaces should have a large number of living plants dotted around as they increase people’s mental wellbeing and reduce workers’ stress levels and depression.

Researchers recently explored the practical use of indoor plants to boost mental health among employees typically removed from exposure to healthy green environments. Their findings were published in the open access journal HortTechnology.

“In modern society, stress reduction in the workplace is a pressing issue,” said the lead researcher. “While it has been commonly assumed that plant life is soothing to those required to regularly face stressful or mundane situations, this study scientifically verifies the degree of psychological and physiological impact induced by indoor plants.” Rather than conducting experiments in a laboratory setting, the researchers calculated stress reduction on employees in real office settings.

“At present, not many people fully understand and utilise the benefit of stress recovery due to plants in the workplace. To ameliorate such situations, we decided it essential to verify and provide scientific evidence for the stress restorative effect by nearby plants in a real office setting,” he added.

The team investigated changes in psychological and physiological stress before and after placing a plant on the workers’ desks.

There were two phases of the study: a control period without plants and an intervention period when the participants were able to see and care for a small plant. The researchers measured psychological stress in the participants using the State-Trait Anxiety Inventory. The ratio of the participants whose pulse rate lowered significantly with interaction with their desk plant proved definitive.

Each plant used in the study was chosen and cared for by the worker. Both passive and active involvement with plants in the workplace were considered for their contribution to mitigation of stress and fatigue.

The calming effects noted during the study showed that anxiety decreased significantly from pre- to post-intervention. The results didn’t vary no matter what age group was looked at. The researchers suggest that placing small plants within close sight contributed to psychological stress reduction across the board.

The researchers suggest that small indoor plants could be economical and helpful in efforts to improve office conditions for employees.

Deep in our DNA is the need to be in contact with nature. Being in open spaces has been shown to help with depression, anxiety and even ADHD. Pictures of nature on the walls of hospitals increase the cure rate. In an urban setting, every time a tree is cut down, the depression rate in the neighborhood increases. Yet we’re losing contact with nature at a phenomenal rate.

Human beings need to have contact with nature, other supportive humans (or animals), their own bodies and spirituality (whatever it means to them) in order to become or remain sane. We are fast losing all four.