Taking back control over images of your kids

It’s not just celebrities who should be concerned about photos of children being shared, it’s an issue that we should all take note of, writes Colin Anson.

Taking back control over images of your kids 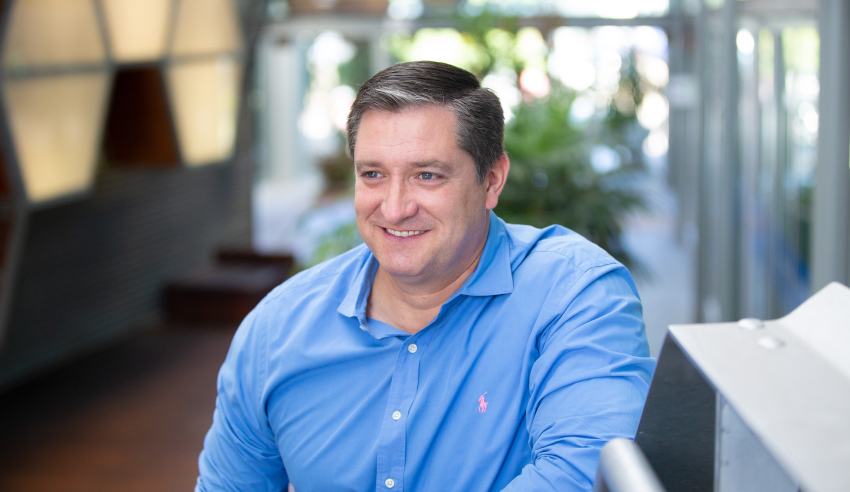 Issues of consent around photos of children have been a hot topic of debate in Hollywood for years. Celebrities from Robbie Williams to Kristen Bell and her husband Dax Shepherd have long advocated for privacy when it comes to photos of their children being shared and published. Then there was Gwyneth Paltrow, who got into hot water after the actress posted a photo of her daughter, Apple, on a skiing holiday without her consent.

If that wasn’t enough, The Project host Lisa Wilkinson recently suggested American singer Pink was “naive” to post a semi-naked photo of her infant son on social media and expect it to go without comment.

But it’s not just celebrities who should be concerned about photos of children being shared, it’s an issue that we should all take note of. As the children of today grow up in a totally digital surveillance world, the protection of their privacy has become more important – and complex – than ever before.

Why is photo privacy such a pressing issue, even if you’re not famous? Well, a photo is not just a photo these days; it can be the key to a treasure trove of information that you would not want falling into the wrong hands. From a single picture of a child at school, for example, a stranger can work out their age, where to find them during school hours, the area they live, their favourite sports, interests, abilities and socioeconomic status. They could also, if they choose to, use these images to harass, stalk and bully.

And while you might think sharing photos with your friends online is safe, unless your privacy settings are watertight in the channel you’ve chosen to share in, there’s no way of telling where they’ll end up.

Throw facial recognition into this “online” mix, and the personal information taken from a single photo is potentially unlimited. Facebook and other global media companies like Google, IBM, Yahoo and YouTube appear to create global face template pools allowing the same facial recognition technology to be used across all galleries and/or accounts. While this makes automated identification fast and easy, it also enables greater global surveillance and exploitation by organisations building global face databases for commercial purposes. Using these free public platforms has meant we not only “pay” with our personal information, but also use our faces to develop facial recognition systems.

The Australian eSafety Commission warns that half of all images on paedophile image-sharing sites originate from social media sites and blogs. Many of these photos begin life as innocent snaps, but in the wrong hands, they are transformed into something much more sinister.

If your child expresses concern or embarrassment about their image being shared, it can be easy to dismiss their fears as pure vanity. After all, there are not many people – adults or children alike – who could say they genuinely enjoy having their photo taken and shared. But such concerns should be taken seriously in this digital world. In many cases, it’s not simply street cred at risk, but significant implications for future mental and emotional health.

Consider a child, already embarrassed by their learning difficulties, who unknowingly becomes the poster child for their school’s remedial learning department. Or a shot of an awkward teen competing at the dreaded swimming carnival used in the school newsletter or posted publicly on the school’s Facebook page. Although both of these examples might seem harmless to an outsider, using photos inappropriately or without consent can actually cause a lifetime of pain for these kids, especially children susceptible to anxiety or depression.

It is no coincidence that since the introduction of social media 10 years ago, there has been a 68 per cent increase in 17-year-old girls and under self-harming due to the rise in “body dissatisfaction”, insecurity and low self-esteem about their appearance. It’s time for us all to take these risks seriously, instead of simply brushing them aside.

So how do we begin to solve the ever-pressing issue of consent, both on and offline? First, we need to look at how each child’s right to digital privacy and online safety is protected and educate them through the set-up process. Help your children implement the many tools available on social media sites, such as privacy settings and tag approvals. Simply taking these extra steps can avoid a whole world of pain, stress and anguish caused by the wrong photo being posted online.

It’s easy to diminish how much personal information is present in a photo until you become aware of the risks, either by being or knowing the victim. To minimise this risk, avoid any photos that include name tags, school uniforms, dates of birth or things that will identify the location of your home or school.

When they are at an age to understand, it’s essential to talk to your children about their rights and help them become aware of why it’s important to be actively involved in their consent to the sharing of their photos. In our increasingly digital world, children are growing up with their photos being shared far and wide by their friends, relatives and post-happy parents. It’s important children realise they should have control, and a choice, over their own image.

Then there are the active steps parents can take to control where images of their children are used. Take school photo permission slips, for example. Although you might think of them as an annoying piece of paperwork, they are a very important ticket to your child’s privacy, should you wish to withdraw consent. If you don’t return a consent form, schools may take your silence to mean that you are okay with whatever it is they are proposing, and go ahead anyway. As this example shows, actively participating in decisions around consent is key. If you don’t, the risk of implied consent is real.

And if your child expresses concern, don’t brush it off as mere vanity or teenage angst. It’s up to the adults around them to help protect a child’s right to privacy, no matter how trivial their concerns might seem. Photo privacy should not be the concern of celebrities alone; our children also deserve the right to remain anonymous.

Colin Anson is the CEO and co-founder of image protection platform, pixevity.