Smartphones are changing the way our brains workÂ

How would you cope without your smartphone?

Smartphones are changing the way our brains workÂ 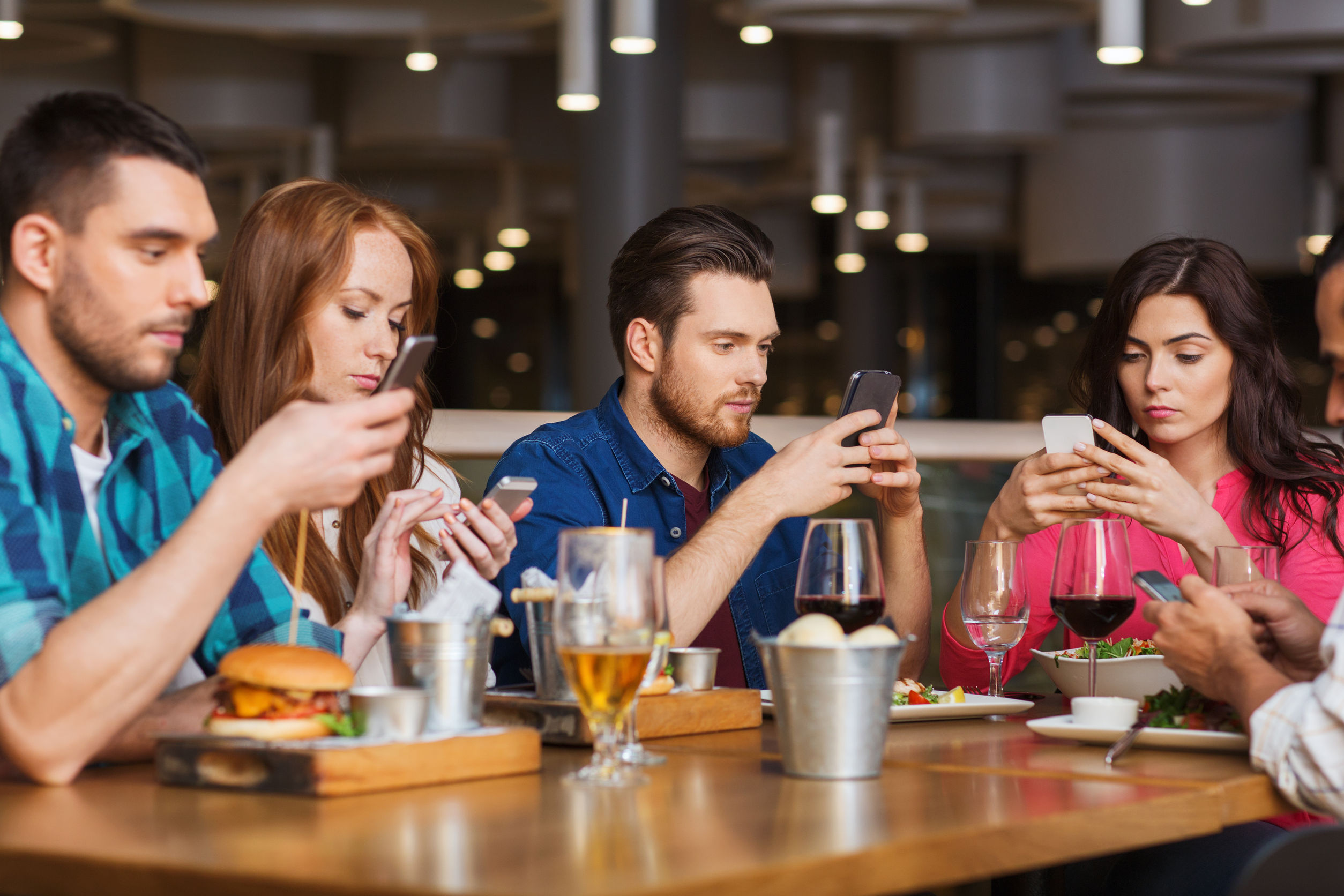 You may be unaware just how much of your time is taken up looking into the black mirror. A study conducted in 2017 found that, on average, we spend 23 days a year on our phones.

Smartphones have rapidly changed the way we operate as human beings. Depending on how you use yours, a smartphone can also change the way your brain works.

Researchers from the University of Zurich and ETH Zurich have discovered some interesting findings about the interrelationship between our phones, our brains and our thumbs.

They considered the way human beings of today use their thumbs, multiple times in any given day, and what this new function is doing to us.

They used electroencephalography (EEG) â€“ a standard way of monitoring and recording electrical activity in the brain â€“ to test how the thumb, index finger and middle finger of regular smartphone users compared to "dumb" phone users.

The result? Smartphone users had significantly enhanced electrical brain activity when their three fingers were being touched.

Getting more specific, the level of activity in the cerebral cortex (the part of the brain that plays a major role in memory, attention, perception, cognition, awareness, thought, language, and consciousness) was found to be directly proportional to the intensity of phone use.

The findings may seem obvious and unexciting but they are profound when you consider the physiological and neurological impact on an entire species. The researchers believe their findings show that the contemporary brain is continuously shaped by the use of personal digital technology.

Consider how you use your phone and what it makes you feel. Do you crave your phone when you don't have it? What exactly is it you desire from this rectangular piece of technology?

For about three years I was without a smartphone. I used one of those fifty-dollar Nokias, which have since become almost impossible to find, let alone use on modern mobile networks and plans.

My phone was simply that â€“ a phone. A means of calling and texting people. A communication device. I didn't long for it any more than I longed for the voice recorder I use at work as a reporter. It was just a phone. It served a purpose.

This meant my mind was effectively free from technological intrusion or digital distraction, to a degree; there was still the TV and the internet at work (I also didn't have internet at home).

What I found during those three years was that I had more time. Not just time, but calm, focused time. I did things singularly. Like making breakfast. Or listening to a song. One song at a time. I had the patience to enjoy the sounds, the lyrics. Playing them on a record player helped.

I also spent less money on things I didn't require. Why? I wasn't exposed to them. If a thought popped into my head on a Saturday afternoon - I'd really like a motorcycle. One of those Yamaha cafÃ© racers â€“ I couldn't impulsively research that thought. No world wide web in my pocket, no access to an abundance of information.

Another example is food. Without a smartphone, there was no temptation to order a sixty dollar Thai takeaway via an app. I'd have to make do with what was in the fridge.

I carried on with my day and the thought of the motorcycle or the takeaway were soon forgotten, replaced by activity and human interactions and the greater wanderings of my imagination.

When I decided to go back to the smartphone, it was a measured transition. I used it as a tool but was aware that it could also be a weapon. I downloaded applications that were useful and would support, rather than suppress, my daily routine. This is how I engaged with my smartphone at first, after three years of a digital detox:

-    Spotify: Great to use while commuting, working or exercising. No harm here.

-    Internet banking: Extremely convenient, particularly after three years of only being able to access my banking facilities during working hours when I have access to the internet.

-    Podcasts: Educational and enjoyable. I was selective about who and what I listened to, searching for inspiration, education and entertainment.

-    Safari: This was used sparingly, for news on my morning commute and as a directory. Maps, restaurant addresses and phone numbers are all extremely useful.

As you can see, I was disciplined in my approach to rejoining the digital world. Fast forward 18 months and my smartphone use has changed considerably:

-    Spotify: One of the many apps I have on rotation, meaning I swap between various forms of audio visual stimulation throughout the day, or the hour. Sometimes in the space of a few minutes. My attention span has dwindled. I grow bored with a song easily, tempted by the search function. While I'm listening to a song, I'm already searching for the next one and will play it before the present song is over. Like an impatient jukebox.

-    Internet banking: 24-hour access to finance is too convenient. I can transfer funds between accounts within seconds, depleting my savings on a whim. I am also being sent push notifications reminding me that I can now qualify for a personal loan and credit card. These offers weigh on my mind when the idea of a motorcycle pops into my head and I begin researching prices and classifieds.

-    Podcasts: I'm finding it increasingly difficult to follow these. Probably because I have them playing almost as background noise while I peruse the web, read the news online or check my emails.

-    Safari: This has become the go-to resource to discover more information about whatever thought enters my brain. I find myself watching a movie with my wife. That actor â€“ what's her name? I grab my phone and Google it, unable to live on without knowing. Twenty minutes later I'm watching YouTube videos depicting unusual animal battles: snake vs. crocodile etc.

- Uber Eats: After a long day at work, do I open the fridge and take out the pan and start cooking? Or pick up my phone? You know how that goes.

Smartphones are a necessary accessory these days, but like everything, they should be used n moderation. Discipline is important.

A digital detox is also worth trying, if you're up for it. At first, it is very uncomfortable. But after about a week (certainly the first weekend), you discover something else. A slowly creeping realisation that there is more to this universe and that, crucially, you are a part of it. The mind can breathe. Your imagination can wander. Your thoughts are surrendered organically, dissolving into the past where they naturally belong.