With five Olympic gold medals, numerous world records and a Medal of the Order of Australia to his name, swimming great Ian 'Thorpedo' Thorpe knows a thing or two about elite performance and the hard work, dedication, training and support that go into coming out on top.

Yet, having retired from professional swimming, there is plenty more the driven 35-year-old wants to achieve â€“ much of it in the world of business. For him, it is an ambition that has long been a part of his fabric. 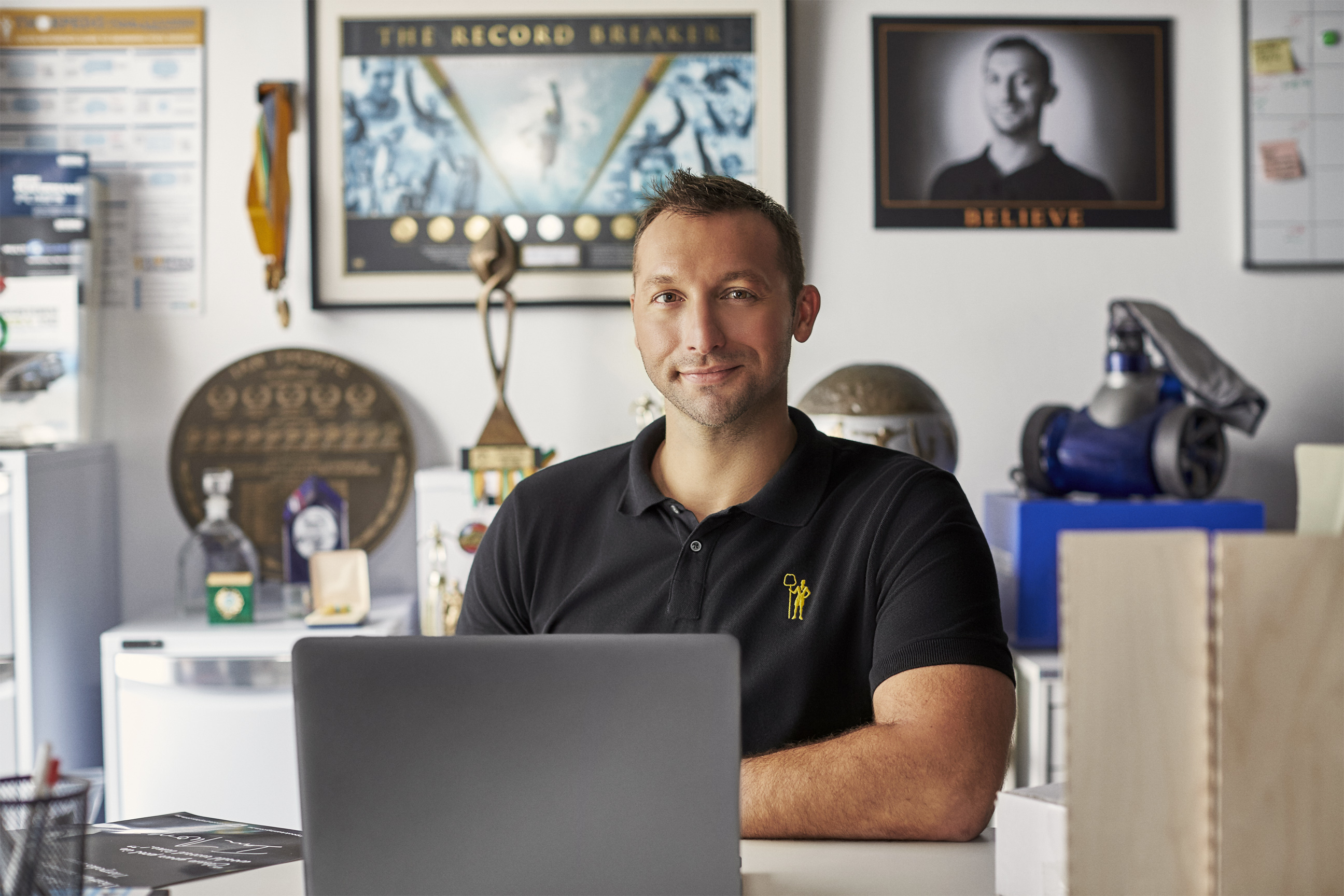 According to Ian, being an elite athlete and owning a small business share many of the same challenges.

"Those early morning starts, doing a similar thing each day, the loneliness that comes with that kind of pursuit, the sacrifices that you may make, getting home exhausted at the end of the day and then realising you have to wake up the next day and do it all over again," he says.

"But on the flip side of that, there's the wonderful part of it that when it goes right, you realise: 'this is the thing I am meant to be doing', and you feel as though you are on top of the world and you can do anything!"

An entrepreneur from a young age

"My grandma had a shoe business that she started on the basis that my grandfather said, 'You won't ever be able to do that'," Ian recalls.

"It was just something that she had an idea for, and she had a really clear exit plan with it as well, and she started a really successful shoe store â€“ she was one of the first people to discount shoes in a way that warehouses do now.

"[People] tell the story of how they used to travel to this business just to buy school shoes and things like that. So there's always been an element of that around me."

This sense of entrepreneurship and ability to come up with pragmatic ideas, which are so valuable in the business world, are qualities Ian says he actively tries to foster.

"I've always had a really strong interest in ideas, and for me it's just working out which ideas are the best ones to take to a market, which ones are the best to develop a business around, and who I have to have [in my] support network to make that work."

To date, Ian has been involved with several small businesses, including companies in the worlds of fashion and sport, as well as being a motivational speaker. And his ambitions in the business world show no signs of relenting.

"A lot of the time I'm asked to talk about motivation, the discipline and all of these things that are important for business," he says.

"But [I am] also looking to package that up into something that goes far beyond just delivering [a] 45-minute to an hour keynote address, and being able to put in place programs to work alongside businesses that really develop the people working there.

"I'm also considering another business at the end of the year that will be a little bit more focused in the sports area, but I can't really say much more about that one."

Staying ahead of the competition

Of course, no sportsperson can be successful without performing at their best. The same is true of any endeavour undertaken in business. Ian says there are a number of factors that must align so you can perform at your best and stay one step ahead of your competitors.

"I've seen a lot of talented athletes that haven't trained hard enough and they can't succeed, or they may have done both of those things right â€“ the training, [and] they had the natural ability â€“ but they weren't able to prepare mentally and they weren't able to perform. So it's getting the combination right," he explains.

Ian suggests that winning (whether in business or in sport) is more about preparation than it is about the actual race. As such, you should put in the hard yards beforehand and then go into every 'race' with confidence in your preparation.

"I was someone that was naturally very gifted at my sport, but I also worked extremely hard, and when I was behind the blocks, I had the confidence in the training that I had done, and I also knew that my competitors knew that â€“ they knew I had done more work than them.

"I needed to do that so that I could prepare myself [to] go into any race, and even on my worst day, [my training] was going to be good enough for me to outperform anyone else."

Maintaining motivation when times are tough

Often the main struggle, he says, is simply getting the ball rolling.

"When we look at something like motivation, 50 per cent of it, I think, is just starting. It's like getting out of bed â€“ if you can get out of bed, you've done half of the work; then you can get going," says Ian.

"I [also] think it's important to have goals, and â€¦ not just to think about your goals but to present them â€“ whether you write them down or you speak to someone else about them. And then once you have those, you can then break it down to what you do each day. If you're able to deliver each day in preparing to reach those kinds of heights, that's the start of a successful path."

He adds: "Once you're able to tick off some of those goals along the way, you're able to dream big, and when you do that, you can tap into something else that's within you [and] you can perform in a way that you never realised you could."
Ian suggests that his success has been far less about luck than about actively working on maintaining consistency:

It's easy to think that swimming is very much a solo sport, and that there is only one person who can dictate the result at the finish line. Yet Ian makes a point of highlighting that his many accomplishments would be nothing without a strong support network behind him.

"Whether it was when I was swimming or in [business], I have a good support network; I have people that I can rely on to do their part â€¦ there is always a team behind these things," he notes.

"When it was going right, it [could] almost seem easy. But when it was difficult for me, I had to lean on them."

This notion of a team is something Ian still carries today in all of his various business endeavours.

"You need other people with other skillsets to be able to rely on. Whether it's elite sport or starting a business, it's like the chair that you are sitting on â€“ if you remove one of the legs, you could probably sit on it and it would be OK," he explains.

"[But if] you remove two legs from that chair, you're not going to be able to sit on it, and you're going to hurt yourself. And that's how I see the balance in what we do â€“ you have to get all of the aspects of your life in order [so that you can] get the best out of yourself."

Many people may not realise that Ian made his first foray into business while he was still swimming competitively. That business, in the fashion sector, enabled him to branch out from sport, and gave him a glimpse of the world outside swimming.

Unsurprisingly, though, the juggling act did begin to take its toll.

"It became something that I struggled a little bit with â€“ the conflict of interest that I had in how to manage my time," he recalls.

"My sport always came first, because I realised how finite the opportunity was within my sporting career. [But] that business went on for a number of years and we sold into a number of different international markets, and as my position changed within that business, I decided to step away from it and focus on other things."

Ian's experience taught him valuable lessons about taking on too much, but also the benefits that investing energy into multiple ventures can have, by broadening your horizons and helping you to prioritise what is most important to you.

1. Don't do everything yourself â€“ have a good support network around you.
2. Keep the four pillars of life in balance: family, passion, work and hobbies.
3. Money isn't the only factor to consider when making business decisions.
4. Take the time to celebrate your successes.
5. Consistency wins the race.

Originally published by My Business.