OK, so for the majority of Americans, the 2016 presidential election result was, to say the least, distressing. The good news â€” yes, there is some â€” is that the result gave rise to a very important study that deserves our attention. It looks at some of the fundamentals of the neurobiology of resilience. 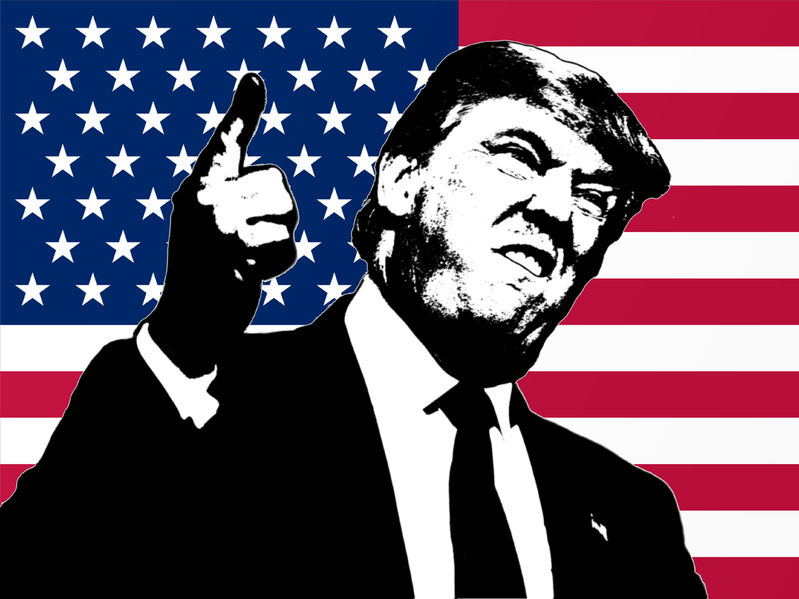 What the researchers say: Some people disturbed by the 2016 presidential election have suffered a loss of appetite, trouble sleeping and concentrating, and have become easily annoyed, while others equally disturbed by the election result have not experienced such symptoms of depression. The new study explains the differences between these two groups.

Those who had no symptoms of depression had either strong family support or heightened activity in two key regions of the brain's reward system: the nucleus accumbens (an area buried in the "primitive" limbic system) and the medial prefrontal cortex (at the front top of the head).

"This is the first study to show this buffering effect of the brain works for events that are political in nature," said the study's senior author. Her team's findings were published in the Journal of Neuroscience.

The team evaluated 60 people from Los Angeles in two groups and conducted functional magnetic resonance imaging brain scans of each. The first group (the "affected" group) had 40 participants who were disturbed by the presidential election and thought they would be personally harmed by Donald Trump's presidency. A second, control group consisted of 20 people who thought they would not be affected much by the election result.

In the first group, 23 per cent of those participants reported at least moderate depression, which was related to distress about the election result. The remaining 77 per cent did not and were protected by either heightened activity in the brain's reward system (the nucleus accumbens is a key part of the reward system) or a high level of family support, the researchers report. In the control group, depression symptoms were not linked to the election result (obviously Republicans).

The nucleus accumbens (NA) responds to rewards, such as being with supportive friends, winning money or tasting something sweet and helps to protect people from various psychiatric symptoms, as well as from mood disorders such as depression. People who are depressed seem to have a harder time activating this region, even during what would normally be rewarding activities, said the lead author. The medial prefrontal cortex is active when people think of others and how they fit in with them (which is important because we're primarily social animals).

The researchers studied how active the reward circuitry of their subjects' brains were when anticipating and receiving money to learn whether there were differences between the two groups in the key brain regions. In one part of the study, all participants were told they could win a prize, which often activates the regions of the brain's reward system. While they were in the scanner, the participants looked at computer monitors and had to respond quickly to a prompt by pushing a button. Sometimes they could win $5 or lose $5; other times they could win or lose 20 cents. The participants completed 100 trials in 11 minutes and were told immediately after each trial whether they won or lost money.

"We did not find group differences in their use of the nucleus accumbens or medial prefrontal cortex," the researchers said. Getting or losing 20 cents would not get my NA working very hard either.

Participants who felt distressed at the election were depressed only if they had little family support and a low response to reward in these two regions. The researchers found that support from family, but not so much support from friends, shielded them from symptoms of depression.

"They could be distressed by the election, but did not show psychological symptoms of depression if they have either strong family support or robust activity in these brain regions," they noted. "The ones who had more activation in these regions and more connectivity between the regions showed fewer symptoms of depression in response to the election than participants who had less activation in these regions, even if they were deeply disturbed by the election."

"A hallmark of depression," the lead author said, "is the inability to find activities and interests that are rewarding and that often help people cope with challenging times. Political events are not typically characterised as traumatic, but many of the concerns expressed by the affected participants in this study are similar to hallmarks of trauma, such as fear and helplessness."

So what? In many ways, the election of 2016 was similar to the events of 9/11 and is liable to leave a permanent scar on the psyche of many people. But quite apart from that, this study is fascinating for a number of reasons quite separate from the election. For example, it has always been assumed that the support of friends could compensate for the lack of family support in fostering resilience. These findings throw some doubt on that.

This may, in part, be due to the fact that over the past few years, the depth of friendships has lessened. People â€” as many studies have shown â€” have fewer significant friendships than they had in the 1980s or 1990s. Partly, this is due to the increasing use of smartphones and similar technology, which tends to increase the number of shallow friendships. These cannot offer the kind of "buffering," as the researchers call it, that promotes resilience.

Also, we don't go in for the kind of activities that used to strengthen the reward system â€” silly things such as party games are a great example. We exercise less in company â€” indulging in exercise with friends has been shown to be a powerful antidepressant. We talk less â€” just watch people in restaurants ignoring each other and poring over their screens â€” so the mood-elevating effects of trivial but meaningful conversations (it is in these that we reinforce our commonality and our sense of being members of the same "tribe").

No wonder many of us were traumatised by Donald Trump's victory. However, it could be that our modern, highly stressful, existence has traumatised many of us already.