How life challenges fuel the development of wisdom

Wisdom is currently one of the most hotly researched aspects of human cognition. It's increasingly important because it is that which we humans have over machines and whether you have it or not will dictate your chances in the ever more competitive job market of the future (competitive between humans and machines that is).

How life challenges fuel the development of wisdom 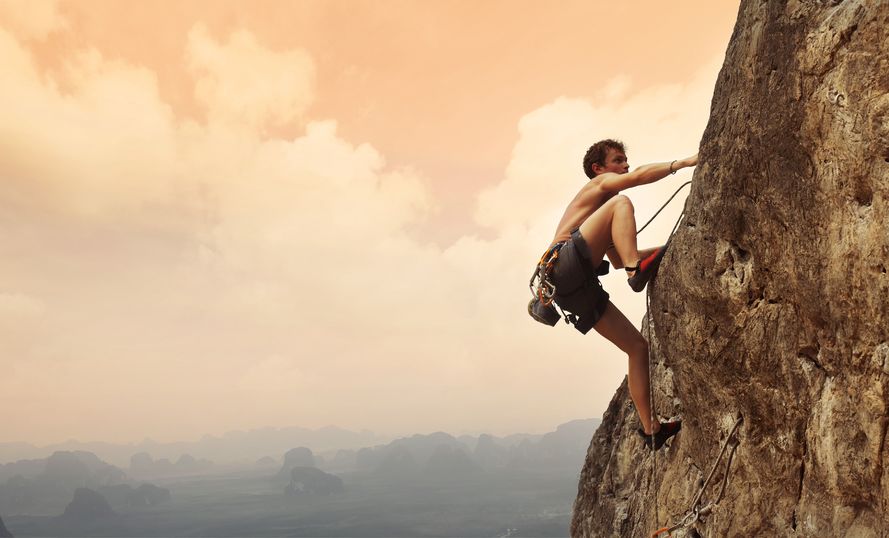 Now researchers have found that how a person responds to a difficult life event such as job loss, a death or divorce helps shape the development of their wisdom over time, according to a new study.

What the researchers say: For many, the difficult life event also served to disrupt their sense of personal meaning, raising questions about their understanding of their world. These disruptions ultimately lead to the development of new wisdom, said the lead researcher.

"Generally, the people who had to work to sort things out after a difficult life event are the ones who arrived at new meaning."

The findings were just published in the Journals of Gerontology: Series B.

The goal of the study was to better understand how wisdom develops in the context of adversity such as death of a loved one, divorce, health crisis, or loss of job. Understanding how people cope with adversity and develop wisdom provides insight into healthy ageing, the researchers said. "What we're really looking at is 'when bad things happen, what happens?'" the lead author said. "The event can become a catalyst for changes that come afterward."

The team reviewed interviews with 50 adults ages 56 to 91 who had experienced one or more significant difficult life events. The participants were asked to identify a specific difficult or challenging life event, describe how they coped, and describe whether the experience changed their outlook or actions in life.

"One thing that stood out right away is that, when asked to think about a difficult life event or challenge, people had an answer right away," the researchers noted. "Difficult times are a way people define themselves." They found that people responded to the difficult life situations in three ways. For one group of respondents, 13 in all, the difficult life event led to little or no questioning of meaning in their life. Part of the people in this group simply accepted the event as something that could not be changed, while the remainder described using their intelligence, self-control and planning to solve problems related to the event.

The smallest group, five participants, indicated that the difficult life event helped them clarify a specific value or belief that had not previously been articulated.

The majority of the participants â€” 32 â€” indicated that the difficult life event disrupted their personal meaning and prompted the person to reflect on themselves, their fundamental beliefs and their understanding of the world.

"For these folks, the event really rocked their boat and challenged how they saw life and themselves," the lead author said.

Further analysis showed that a person's social environment helped to shape their responses to the difficult life event. These social interactions included: enlisting help from others during the difficult time; unsolicited emotional support from family, friends or strangers; being held or holding, particularly among people sharing a difficult life event such as a loss; receiving unwanted support; comparing one's reaction to the event with the reactions of others; seeking expert advice; seeking out others with similar experiences; making new connections; and learning from society at large.

The researchers found that some of these social supports and interactions influenced a person's development of wisdom. Those who received unsolicited emotional support, for example, developed wisdom around compassion and humility. Seeking others with similar experiences exposed some participants to new ideas and interactions, supporting deeper exploration of their new sense of self.

"It mattered whether a participant was expected to adjust to the event quickly and 'get back to life,' or whether they were encouraged to grow and change as a result of the event," the researchers said. "The quality of the social interactions really makes a difference."

The findings provide new insight into the role of social support and interaction in developing wisdom, the lead author said. The challenge for now is to determine how best to ensure that people are accessing the social supports they need to cope and grow from significant life challenges.

"Typically, the type of social support you get is the kind you ask for and allow, and there is no 'one-size-fits-all' approach," she emphasised. "But being open to the resources in your social network or seeking out things like grief support groups may be worth exploring."

So what? There are several really important findings in this study regarding the "getting of wisdom." The first is the connection between wisdom and difficult life events. We have known for some time that in many people wisdom increases with age â€” that as the brain loses short-term memory it gains two things which are connected to wisdom. This may well not be universal. Being old does not mean a person is automatically wise.

One of these changes is an alteration in the functioning of the reward system which can lead some people to what is called an "appreciation of life."

The other is that the brain, as it ages, increases its ability to make connections, to relate disparate ideas and form new thoughts and coping mechanisms. This capacity is certainly not confined to the elderly, but it's rarer before middle age.

We also know from previous research that men come to wisdom, certainly in the first sense, only after the "male menopause" when the level of testosterone (the chemical which leads them to be ego-centric rather than focused on the wider community) declines. This is usually around the age of 45. In women this wisdom comes somewhat earlier for different reasons.

We also know that to some extent â€” maybe 30 to 40 per cent â€” the ability to become wise in either sense is genetically determined. What we didn't know was what triggered the development of this predisposition or allowed the development of wisdom in those who didn't have that genetic makeup. What this study shows is that that switch may be a life crisis â€” job loss or something similar.

Interestingly, it would also seem from this study that for wisdom to occur after a loss the natural grieving period must be allowed to take its course. Those that "just get on with it" after a loss may be very admirable but they may not develop wisdom as a result.

But the other perhaps not surprising element that the research uncovered is the connection between wisdom and reaching out for comfort and support to other human beings. As a species we are driven to seek relational support â€” it is one of our primary drivers, perhaps the main one. Wisdom, it would seem, comes through allowing others to help you, not trying to cope with loss alone.

What now? We have tended to admire people who could face life's challenges with a "stiff upper lip" and who could get through on their own. Maybe we should ditch this concept and encourage reaching out to other for support and help.

Increasingly businesses are going to need wisdom â€” in their leaders, and in their employees â€” to handle the massive changes that technology is bringing down upon us. This will require a different kind of leader and a different kind of leadership style. The young may be adept at developing technology, but research shows us that they may not have the wisdom to know how to use it for the benefit of the rest of us.