How ‘Bojack Horseman’ encapsulates the struggles of alcoholism

Portrayals of mental illnesses are often questionable in popular culture, but Netflix original television show Bojack Horseman effectively highlights the issues surrounding addiction and recovery, according to one expert.

How ‘Bojack Horseman’ encapsulates the struggles of alcoholism 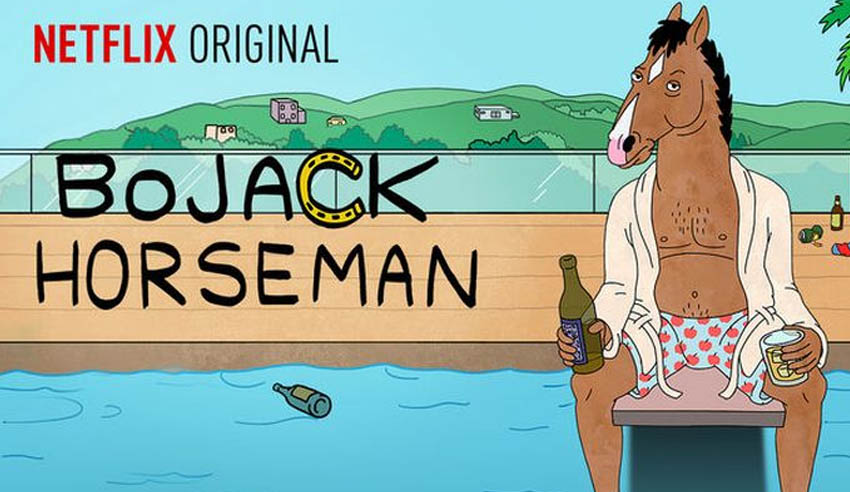 Speaking to Wellness Daily, sobriety coach and addiction expert Kevin Sullivan said that the premiere episode of season six of Bojack Horseman contained “one of the best portrayals of alcoholism and recovery in media that I’ve ever seen”.

“Bojack’s behavior in a group rehab setting is very common – deflecting when being asked to share about their past, lashing out as a defense mechanism, putting others down because of their own skepticism,” he explained.

“Bojack, in his own way, eventually surrenders to his own alcoholism and begins to understand that just one drink will send him off the deep end. While he is not outwardly sharing his experiences with his peers and counselors, Bojack’s flashbacks to his childhood and adolescents give us an insight into his history with alcoholism.”

Unfortunately for the Bojack character, Mr Sullivan mused, “alcohol was a big part of his family life”, and during his childhood, alcohol played a role in many of the traumas he endured during his upbringing.

“These traumas would follow him to high school and his career on Horsin’ Around where it was very apparent that he turned into a completely different person while inebriated. This episode shows that throughout his entire life, the show’s protagonist has been building up walls around his traumas, which is common for those who suffer from addiction,” he said.

The season six episode also does a great job of “revealing the many flaws” of the rehab industry, Mr Sullivan continued.

“It costs Bojack $100,000 to get checked in, a sum of money that is unfortunately not too far from reality and definitely not accessible to everyone suffering from alcoholism. The center offers several activities to the patients – group therapy, sleep therapy, hike therapy, art therapy, visiting therapy, plant therapy, yoga therapy and horse therapy, which are all obvious takes on the wide variety of therapies clinics offer,” he said.

“Unfortunately, many of these ‘therapies’ are not proven to actually help addicts, and it’s unclear whether these therapies actually help Bojack. If anything, they provide a regimented schedule that prevents him from drinking, but they don’t necessarily allow him to face the traumas he’s running from (outside of horse therapy, which is literally just traditional one-to-one therapy because Bojack is a horse).”

“In fact, we see Bojack receiving more clarity from helping a fellow patient, Jamison, stay clean while they sneak out of rehab so she can confront her cheating boyfriend. It’s through this journey that Bojack is able to open up and reflect on his own relationship with drinking.”

Ultimately, Mr Sullivan concluded, this episode of the Netflix show “did a great job of highlighting the inaccessibility and impracticality of our current recovery industry to an audience that may not be familiar with what addicts go through while receiving treatment”.