She helped Richmond win the AFL premiership and regularly works with corporate leaders and business owners. But what exactly does a mindfulness coach do? 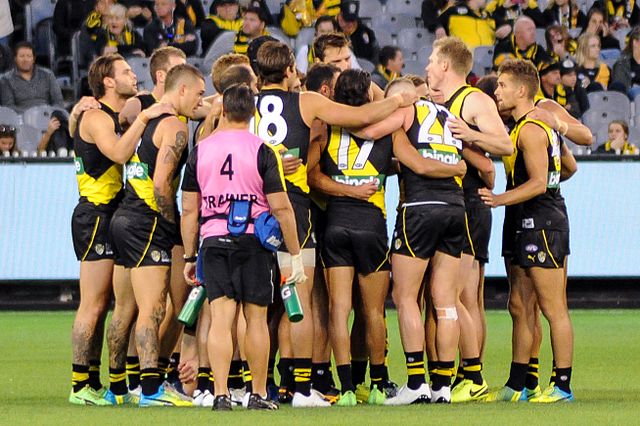 For the last three years, high-performance mindfulness coach Emma Murray has been working with Richmond Football Club. But talking mindfulness to a group of young athletes who typically use physical solutions to deal with mental challenges proved problematic at first.

"Going into an AFL club with 20 to 25-year-old men who have always been good and sport and whose whole life has been built around having a physical solution to everything they do was a real challenge," Ms Murray said.

"I started with one player who saw instant results and that opened the door to more players. But even with instant results, there were a lot who really stood back, just because of a lack of self-awareness.

"A lot of the performance issues at elite sport level are mental, not physical. So many players were still trying to find a physical solution to a mental problem."

Ms Murray said it took a good two seasons before the whole group became involved. She said the coaches were just as hard to get on board with her tactics as the players: "You've got coaches and football department staff who are taking the players to a place of fear of failure or purely focusing on outcomes."

Mindfulness is becoming an increasingly popular term. It is also one that can be difficult to define. Many see it as synonymous with meditation, but according to Ms Murray, it really comes down to the ability to focus and remain present.

"It is having your attention on what is happening right here, right now. When I say that to a person they are usually sitting on a chair. So, I'll say to them: 'Right here right now your bum is on the chair, your feet are on the floor and you are listening to me. What's not happening is the game you have to play or the meeting that's coming up or the emails you haven't replied to. All of those things are not happening right here, right now.'

"It's about having your full attention and focus on the present moment. Many people think they live in the moment, but few really do. When you're mindful, you have one single focus, right here in the moment."

In addition to her work with Richmond, Ms Murray has worked with small business owners and corporate executives, helping them integrate snippets of mindfulness into their daily routine.

"I have little exercises that they can do, three minutes a day. They can do it when they go to the gym, while they are in the car or before they go into a meeting. The research tells us that when we are doing attention to control training for three minutes a day, every day, for eight weeks, we rewire our brain. That has been shown on MRI scans," she said.

Research shows that 47 per cent of the time people are 'off task' and not really focusing on what they are doing. They are not being mindful. Ms Murray believes the consequences of being 'off task' can be significant.

"When we are 'off task', the danger is in where our thoughts go, the stories and movies in our mind about all the things we haven't done, what is still to be done and all the negative stuff.

"When we are mentally off task, our thoughts don't go to the positive. We go to those bad stories that make us worried. Then we get the symptoms of fight or flight and are more easily diagnosed with anxiety and depression," she said.

After working with Ms Murray, many business owners have seen positive results that extend well beyond improved performance at work.

"I have corporates and athletes come back to me and tell me they are getting more done and that they are performing better, but that they also don't have as much road rage. They find themselves communicating with their partner better. There is not as much stress in their lives. They have tools that allow them to be more present at meetings, to be more effective in getting through their to-do list, to be able to switch off when they get home and have more separation between their work and their families," she added.

The benefits of mindfulness are now being recognised across the globe and particularly among business leaders.

Google's Search Inside Yourself Leadership Institute (SIYLI) was established in 2012 and aims to teach people the tools for compassion, empathy and wisdom to that they can create a better world for themselves and others. To date, the institute has worked with global companies like Ford, American Express, AXA and LinkedIn.

"They want to go into the world and teach top executives mindfulness," Ms Murray said.

"They believe that if the top of the company is being mindful, it will encourage staff to be mindful. That will then flow on to employees' families and neighbours and so on."