A skateboard taught me about resilience and progression

My father made me my first skateboard when I was three. It might sound strange, but skateboarding has taught me some of the most important lessons in life.

A skateboard taught me about resilience and progression 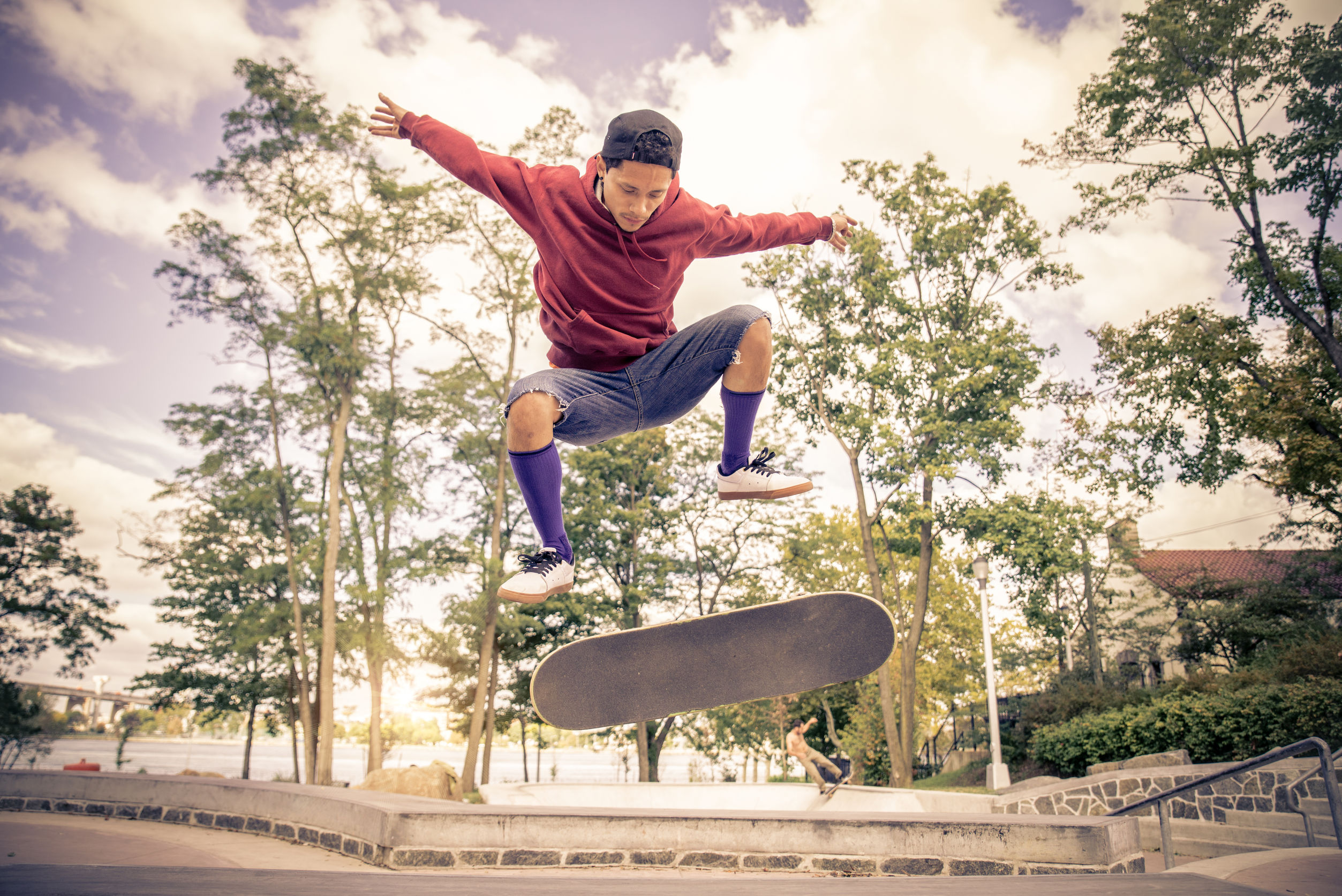 First off, skating is hard. If you have ever watched a skate video you'll see what I mean â€“ the progression of the sport since its origins in 1960s California is mind-blowing. In 2020 skateboarding will make its debut appearance at the Olympics in Tokyo. It has come a long way from two-by-fours and clay wheels.

Back in the late eighties and early nineties when I was a kid, skateboarding was a big deal for my older brother and his friends. I'd watch them skate up and down the pavement and wanted to be part of the gang. 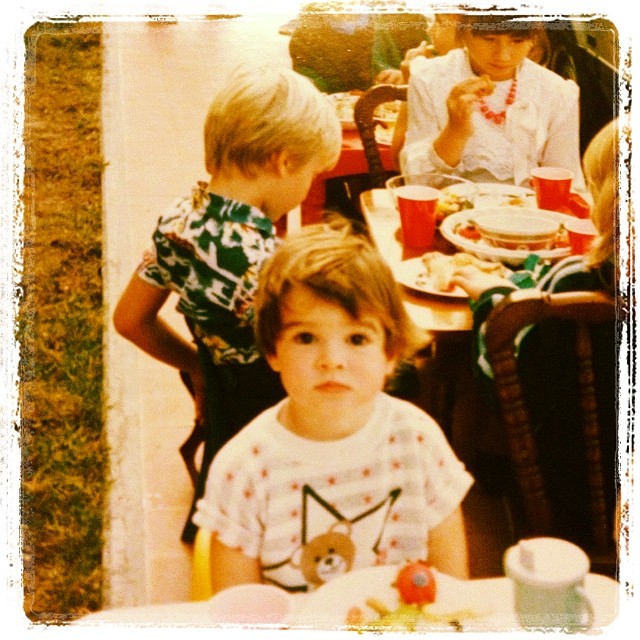 My Dad also loved skating. He bought a board in California back in the mid-sixties and took it home to Queensland, blowing the minds of his friends with this dangerous new toy.

He made me a board, which I quickly became obsessed with. At first, I started the way all toddlers do â€“ with one knee on the board and your free leg to push.

Fast forward 10 years to the early 2000s and skateboarding was my life. By this time I was at boarding school in Sydney, with little interest in football or team sports but a burning desire to progress at the thing I loved â€“ skating. 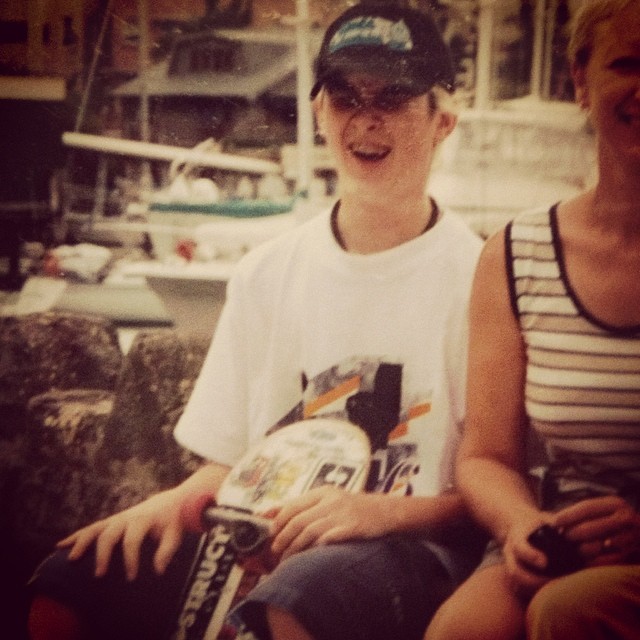 It was a great escape too. I never skated with other people, mostly because nobody at my school was into it. It wasn't cool. Rugby and cricket were cool but skateboarding definitely wasn't. It became a meditative time for me, heading out on my board and looking for new spots.

One of the first lessons you learn on a skateboard is that bailing (or falling) hurts. A lot. There is only that hard concrete to catch you when you come off your board bombing down a hill or trying a new trick. But you dust yourself off, get back on your board and try again. And again. And again. In fact, a lot of skateboarding can be boiled down to that â€“ trying the same thing over and over and perfecting it, or simply just landing it. I remember it took me a whole summer just to learn how to ollie while rolling. When I landed my first kickflip, I was elated. 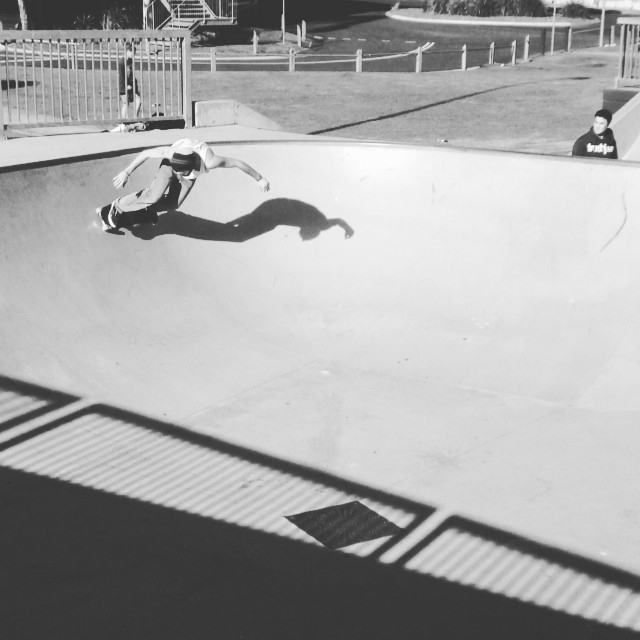 You build resilience through skateboarding. You learn that when you fall down and hurt yourself, you get back up and keep going. That has served me well in many areas of my life and career over the years.

Skating is also about progression. You're constantly trying to improve. When I was about 13 I had a few tricks in the bag but I was desperate to progress, to land more flip tricks and eventually build up enough confidence to skate transitions, like ramps and bowls and pools. I set myself a challenge.

We were in Port Macquarie for some reason and I had my board with me. There was a skatepark by the beach, which is still there today (it's in much better condition now) and I decided it was time to drop in on a ramp. This was probably the sketchiest thing I'd attempted since I first picked up a board. Standing on top of a ramp with your backfoot on the tail, the board perpendicular to the ramp, leaning forward and having faith that you won't break your skull, or worse.

It took me about five tries, a sprained wrist and grazed knees before I finally rolled away successfully. But I did it â€“ I'd overcome my fear and pushed myself and it felt fantastic.

I stopped skating around 16 and moved on to other things. But I bought a board a few years ago and got back into it with the same rigor that I had when I was a kid. I even got excited about picking out a new deck and slapping a collage of stickers on it, just like I did when I was young. The fun was still there for me. 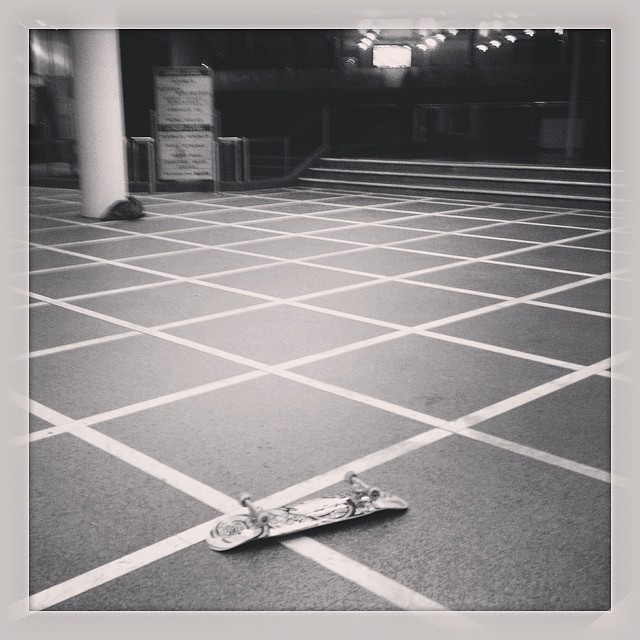 Skateboarding has always been the perfect way to express myself both athletically and creatively. It ticked all the boxes. It got me outdoors, it pushed me physically and mentally and I could form my own style.

Now, in my thirties, I can see how my love of skateboarding has shaped the way I view the world and how I approach life: dust myself off, get back on the board. Keep trying. Always progressing. Keep moving forward.